Georgian President Salome Zurabishvili has awarded Georgian fashion designer and creative director of the iconic fashion house Balenciaga Demna Gvasalia with the Medal of Honour for his contribution to the popularisation of Georgia abroad.

Demna Gvasalia who is from Georgia’s Russian-occupied Abkhazia region was awarded the medal today when Georgia marks 28 years of losing control over its territory and the fall of Sokhumi.

It happened so that this award ceremony is held on September 27. This day is even harder for you than for others who have not gone through this period,” Zurabishvili said. 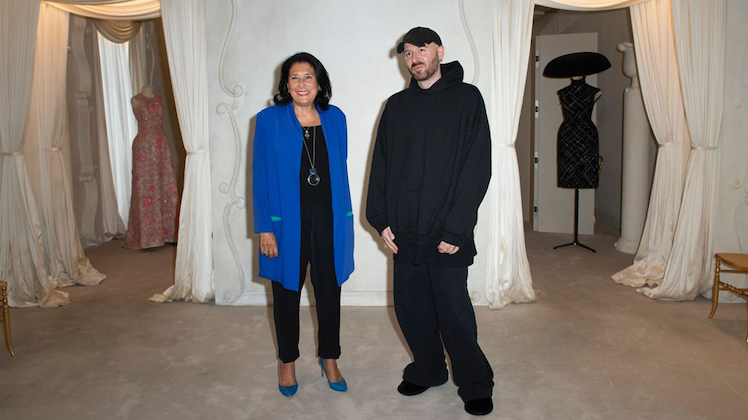 President Zurabishvili also stated that the day of Sokhumi’s fall is mourning day for Georgia however the fact that ‘I am here today to give you this state award means that somehow we have already won.’

This is a day that does not slow down the pain, because nothing can slow it down, but it means that we are all moving forward,” stated Zurabishvili.

Demna, it is a great honor to give you the Medal of Honor. Today is a commemoration of the Fall of Sokhumi, a day of mourning for Georgia, but giving you this award means that somewhere, we’ve already won.

Demna Gvasalia is a model for the next generation of creative Georgians pic.twitter.com/yuEcpIYKGG

Georgian president thanked Demna Gvasalia on behalf of the Georgian people and noted that he became an example for everyone from all over the country.

Demna Gvasalia in turn thanked Georgian President Zurabishvili for the award and for recognition of his art.