28 years pass since loss of control of Abkhazia, fall of Sokhumi

The Georgian national flag is flying at half-mast today as 28 years ago on September 27 Georgia lost control over the region of Abkhazia, which is currently occupied by Russia.

Paying tribute to the victims of the armed conflict, Georgian Prime Minister Irakli Garibashvili said he believes the ‘Georgian government will be able to overcome the severe consequences of the war and will work for the common future, peace and prosperity of the Abkhaz and Georgian people’.

Tomorrow belongs to reconciliation, de-occupation, return to Abkhazia and the unity of our homeland”, said Garibashvili. 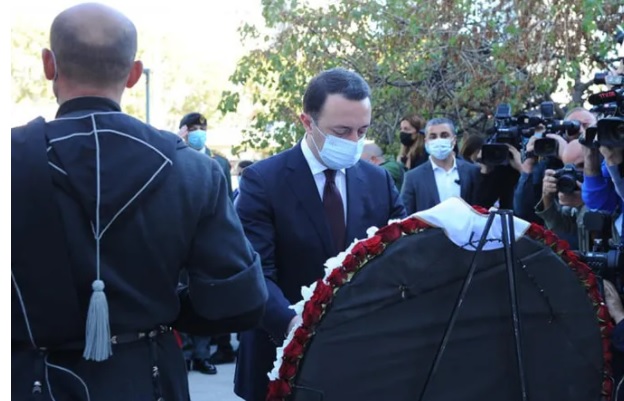 Prime Minister Irakli Garibashvili and the members of the Cabinet of Ministers  laid flowers to the memorial at the Heroes Square in Tbilisi today, Photo: IPN.

To mark the anniversary and pay tribute to the memory of those who perished, US Ambassador to Georgia Kelly Degnan, Senior Defence Official COL Stephanie Bagley, and members of the Walter Reed Army Institute of Research in Georgia laid wreaths at Heroes Square.

Georgian Foreign Affairs Minister David Zalkaliani noted in his Twitter post that  September 27 is the most painful day in history of independent Georgia.

#27September is the most painful day in history of independent #Georgia???????? marking fall of #Sokhumi.
On the 28th anniversary, we #commemorate all victims of this tragic war.
It's our top priority 2 reunify our people & build a peaceful, strong European country w/t dividing lines.

Georgian national flag at the Embassy of Georgia to Qatar flies half-mast to commemorate the fall of Sokhumi and pay a tribute to the victims of the war in Abkhazia.

????????Georgian national #flag at the Embassy of #Georgia to #Qatar flies half-mast to commemorate the fall of #Sokhumi and pay a tribute to the victims of the war in #Abkhazia. Military confrontation in Abkhazia began on Aug 14, 1992 ended with the fall of #Sokhumi on Sep 27, 1993. pic.twitter.com/bevsDuK8f0

Georgian national flag also flies half-mast in Saudi Arabia to pay a tribute to the victims of war.

????????To commemorate the fall of Sokhumi and pay a tribute to the victims of the war in Abkhazia, Georgian national flag flies half-mast at the Embassy of ???????? in ???????? pic.twitter.com/XVHw2ADknb

The Twitter post of Otar Berdzenishvili, the Georgian Ambassador to the Republic of Korea shows that Georgian flag flies half-mast at the premises of the Georgian Embassy in Korea.

To commemorate the tragic occasion of the fall of #Sokhumi and the victims of war in #Georgia’s occupied region of #Abkhazia on 27/9/2021 the National Flag of ???????? flies half-mast at the premises of @Georgiaembseoul, @MOFAkr_eng @MFAgovge pic.twitter.com/cEQDezN8vt

The armed conflict began on August 14, 1992 when Georgia’s Armed Forces aimed to defend the Sochi-Enguri section of the railway and were confronted by Abkhaz Gvardia [armed forces].

In response, the State Council of Georgia decided to send the National Gvardia [another soldier unit controlled by Tbilisi] to Abkhazia to challenge the militant group. This confrontation sparked the beginning of hostilities on the ground.

On July 27, 1993 both sides agreed to the ‘Sochi Agreement on Ceasefire and Separation of Forces’ however about two months later, on September 16, 1993, the Abkhaz side violated the ceasefire agreement and began an attack on Sokhumi. 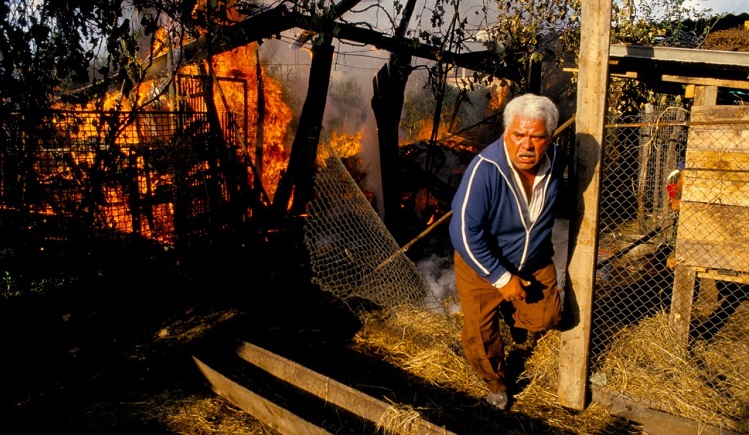 On the same day Sokhumi collapsed and the Georgian Armed Forces lost the fight, leading to the end of the war.

Between 13,000 to 20,000 ethnic Georgians and approximately 3,000 Abkhaz have been reported killed, more than 250,000 Georgians became internally displaced or refugees and about 2,000 are considered missing.