The head of opposition United National Movement (UNM) party Nika Melia, who has been nominated for Tbilisi mayor by several opposition parties, has stated he is giving up his parliamentary mandate to prepare for the October 2 municipal elections.

Melia said that other UNM MPs are ‘formally staying’ in the state legislature to complete procedures for constitutional changes and for the country to shift to the fully proportional electoral system.

He said that the opposition parties must not boycott the upcoming municipal elections and should fight for victory following the recent decision of the ruling Georgian Dream party to withdraw from the April 19 EU-mediated agreement.

The agreement which was signed by the ruling Georgian Dream party and five of eight opposition parties (which won seats in parliament in the 2020 parliamentary elections) back in April resolved a six-month political crisis in the country. 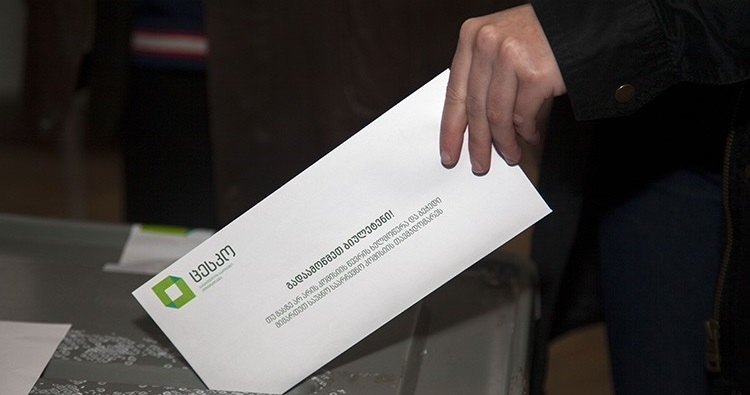 Opposition is undecided whether or not boycott October 2 municipal elections. Photo: Nino Alavidze/Agenda.ge.

The document, which proposed the holding of repeat parliamentary elections if the ruling party  received less than 43 per cent of votes in the 2021 municipal elections and large-scale reforms, was not signed by the UNM because of a note in it on amnesty.

Several opposition MPs, MEPs and international partners have stated that the UNM’s refusal to join the agreement gave the reason to the ruling party to annul its signature to the document. .

Now Melia says that the ruling party will have to accept the holding of repeat parliamentary elections if they receive less than 43 per cent of votes.

However, the ruling party said after the withdrawal from the agreement that they may or may not accept the holding of a repeat parliamentary race.

The UNM won 34 of 60 opposition seats in the 150-member parliament in the October 2020 elections.

After the involvement of the EU the party accepted to enter the parliament after a six-month political standoff without signing the agreement proposed by European Council President Charles Michel.