She may also meet with the representatives of the ruling Georgian Dream party ahead of a press conference tomorrow.

Von Cramon, who should have arrived in Georgia on an official visit soon as the chair of the European Parliament’s Jean Monnet Dialogue for Peace and Democracy, had to change her plans.

To be fair: the biggest opposition party #UNM not even made an effort to sign this joint agreement with the #EU. So, both sides play a terrible political game on the back of their citizens. All this does NOT help at all.

The April 19 EU-mediated agreement between Georgian political parties proposed the creation of the Monnet dialogue format which is an instrument developed by the European Parliament as a soft tool in the area of parliamentary mediation and dialogue. 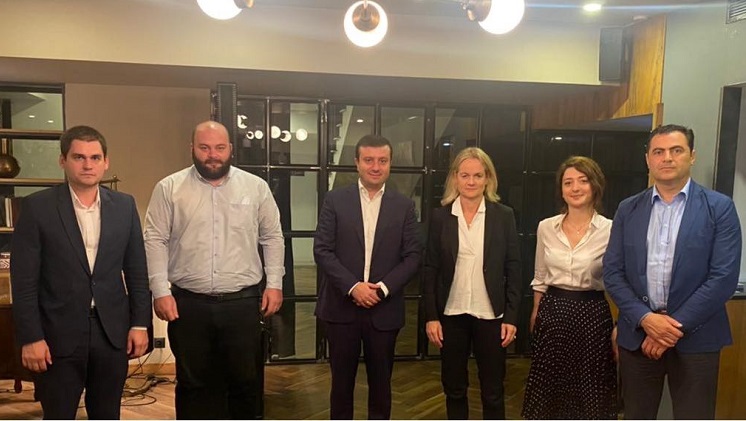 Viola von Cramon has met with the members of former PM Giorgi Gakharia's For Georgia party, members of Lelo, independent opposition MPs and others. Photo: For Georgia press office.

The EU-mediated agreement, which was signed by the ruling Georgian Dream dream and five opposition parties back in April to resolve a six-month political crisis, also contained the notes on repeat parliamentary elections and obliged the signatories to ensure the conduct of large-scale electoral and judiciary reforms.

She said that ‘both sides (the ruling party and the UNM) play a terrible political game on the back of their citizens.’