The National Democratic Institute (NDI) and CRRC Georgia have released a recent poll which says that Georgians remain concerned about economic challenges (72%) and, for the first time, Covid-19 (16%).

Per the results released by NDI Georgia which were collected between December 17- 24, 2020, 39% of Georgians think the worst is yet to come from the pandemic, and almost half (41%) continue to have reservations with regard to vaccination rollout. 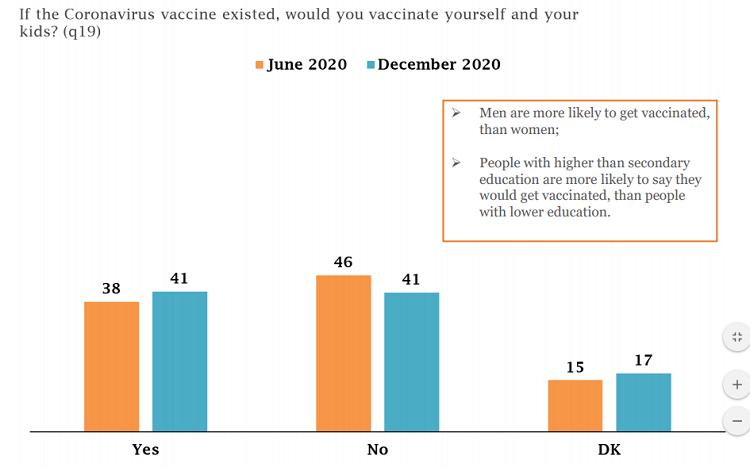 The data shows dissatisfaction about the state of the country’s economy.

Approximately a quarter (24%) of Georgians report that they are unemployed.

Only a quarter feel they are better off economically since 2016.

Thirty-two per cent said they are worse off, while 45% believe their situation remains unchanged.

For years, our polls have shown that Georgians have perceived little progress on the top national issues of concern - employment, poverty, inflation - and they express a clear desire that their elected representatives work together to address these problems,” said Alan Gillam, NDI Georgia Country Director. 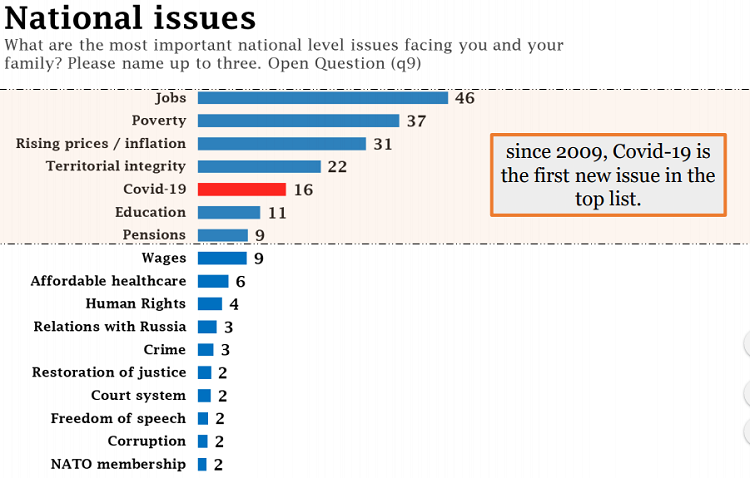 Public health is also a significant priority per the polls, with cost of medicine (56%) and Covid-19 related concerns (41%) at the top.

Georgians are confident that if they or their family member had a Covid-19 related emergency, they would know how to get medical assistance (86%), how to provide treatment at home (77%), and where to get a free or affordable test (65%). A majority (60%) credits the government with handling the pandemic well, likely contributing to high evaluations of the government’s and prime minister’s performance.” NDI Georgia reports.

According to the polls Georgians’ views of the parliament have improved. 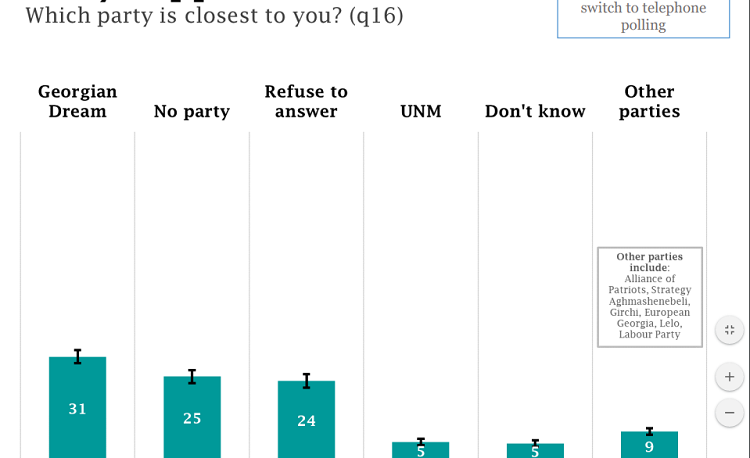 However, citizens remain skeptical of parliament’s willingness to address citizen concerns (41% do not believe parliament will work on issues that matter to them); deploy consultative processes (a quarter and a third of Georgians do not think the new parliament will engage citizens or CSOs more actively, respectively); and behave ethically (only 36% agreed). The majority believes that for the new parliament to represent citizen interests, it is important for political parties to collaborate (82%) and for all elected parties to participate in parliament (76%). This is consistent across party supporters,” said NDI Georgia. 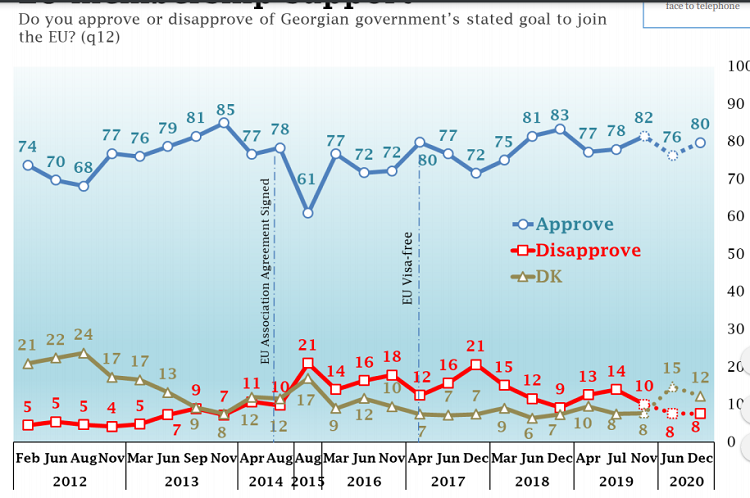