Poll results released today by the National Democratic Institute (NDI) show that 82 percent of Georgians approve joining the EU, while 74 percent of those surveyed approve the Georgian government’s stated goal of joining NATO.

Compared to the previous survey of the NDI held between July 13-29, 2019, the amount of supporters of Georgia’s membership in the EU has increased by four percent. 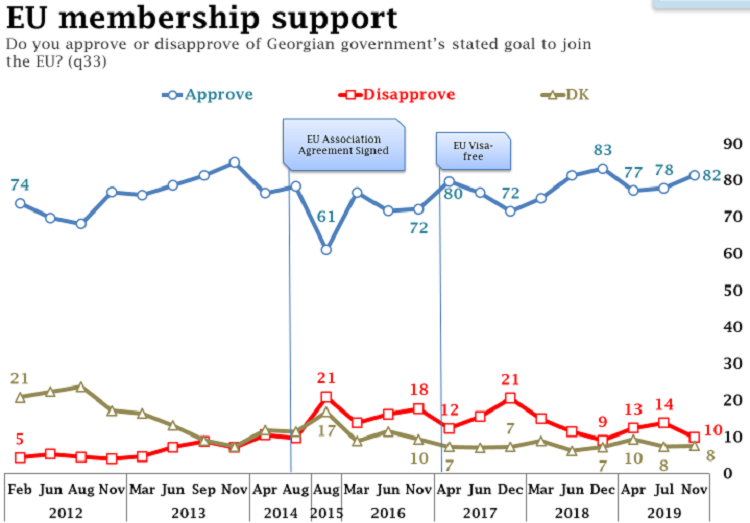 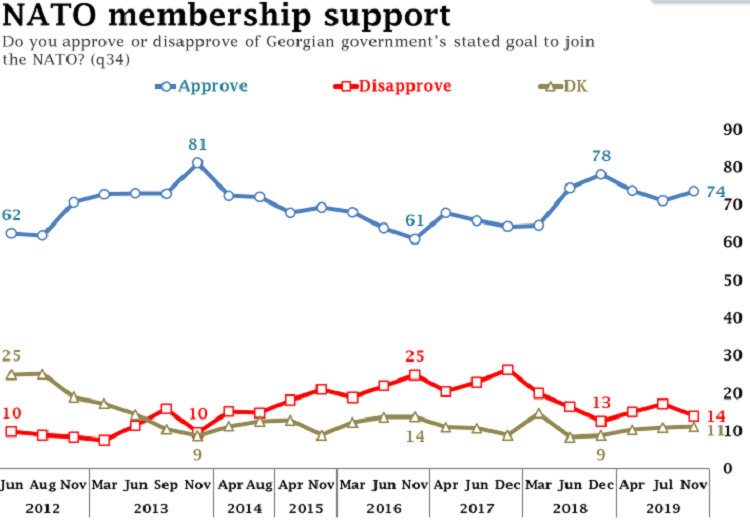 NDI’s survey work is funded by UK Aid and was carried out by the Caucasus Research Resource Centre (CRRC) Georgia.