The National Democratic Institute (NDI) has released the results of recently conducted polls earlier today, saying that people’s trust in state institutions and leaders has declined, and the number of Georgians who evaluate the current government’s performance as ‘bad’ has increased from 49 per cent in March 2018 to 64 per cent today.

The poll also shows increasing negative assessments of the president, prime minister, the courts, and the parliament. Public opinion of parliament is at an all-time low with 57 percent evaluating its performance as poor and only nine per cent ranking it positively,” NDI reports. 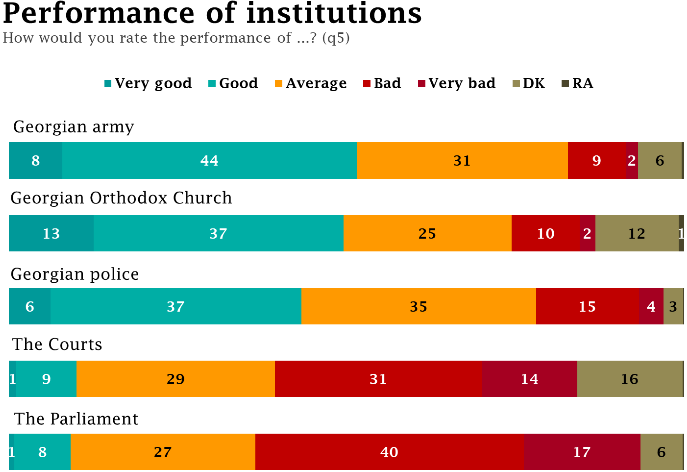 Furthermore, 59 per cent do not believe Georgia is a democracy now, a significant increase from 46 percent just one year ago in December 2018.”

Of the main public institutions, the Georgian army has the most positive assessment, 52 per cent, followed by the Georgian Church at 50 per cent, ‘which has dropped significantly from 64 per cent in July 2019.’ 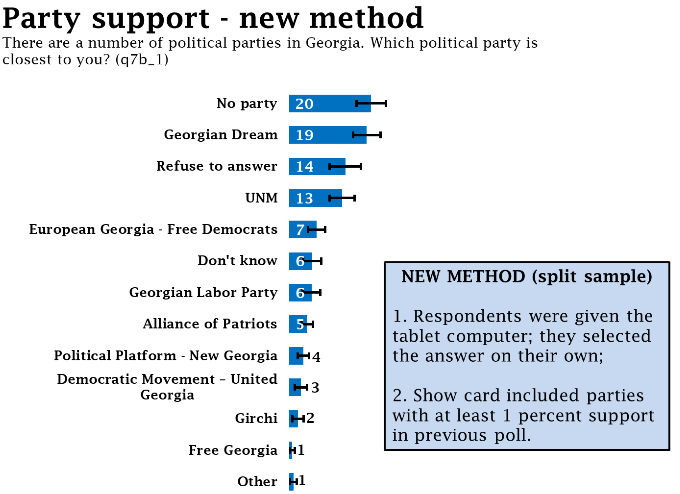 The polls read that most Georgians ‘cannot identify a party that is closest to them’, with 19 per cent choosing ruling party Georgian Dream, 13 per cent opposition United National Movement, seven per cent for European Georgia-Free Democrats, six per cent for the Labor Party, five per cent Alliance of Patriots, four per cent Political Platform-New Georgia, and three per cent Democratic Movement-United Georgia. 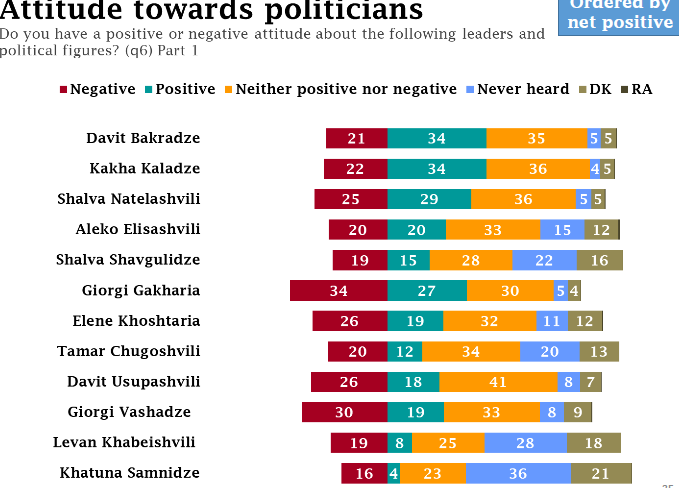 The ruling Georgian Dream party members say that NDI polls "never reflect reality" and they do not believe in them, while the opposition has stated that the polls depict the real situation in the country.