NDI: '73% of Georgians believe country’s low rate of COVID-19 infections is due to steps taken by gov’t, doctors’

Almost three quarters of Georgians (73%) believe the country’s relatively low rate of coronavirus cases is due to steps taken by the government and doctors, while 17 per cent say it’s mostly due to Georgian’s genetics and religion, reads Tbilisi-Poll results released today by the National Democratic Institute (NDI).

80 per cent of citizens remain concerned that they or their family members will get infected with the coronavirus. Despite this concern, almost half of Georgians (46%) say they would not get a COVID-19 vaccine if one were available.

38% of the survey participants said they would get a COVID-19 vaccine if one were available.

The Lugar Laboratory, a prominent target of disinformation during the pandemic, received an overwhelmingly positive assessment, with 66 per cent saying it has prevented the spread of COVID-19 in Georgia…When presented with prevalent disinformation narratives, significant numbers of Georgians disagreed with the statements, such as that the EU has abandoned its members (54% disagree), the Lugar Lab develops biological weapons against Russia (60% disagree), and 5G is linked to the spread of COVID-19 (45% disagree)”, reads the survey.

When it comes to trusted sources of information on the coronavirus, most Georgians turn to the National Centre for Disease Control (NCDC) (90%), and the government of Georgia (85%). 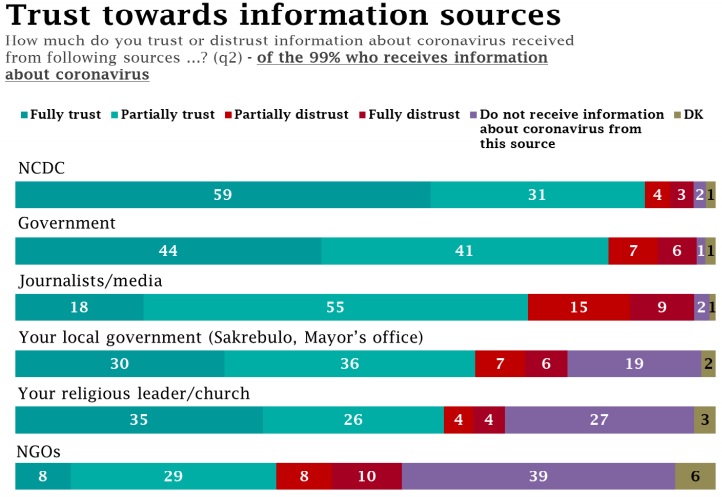 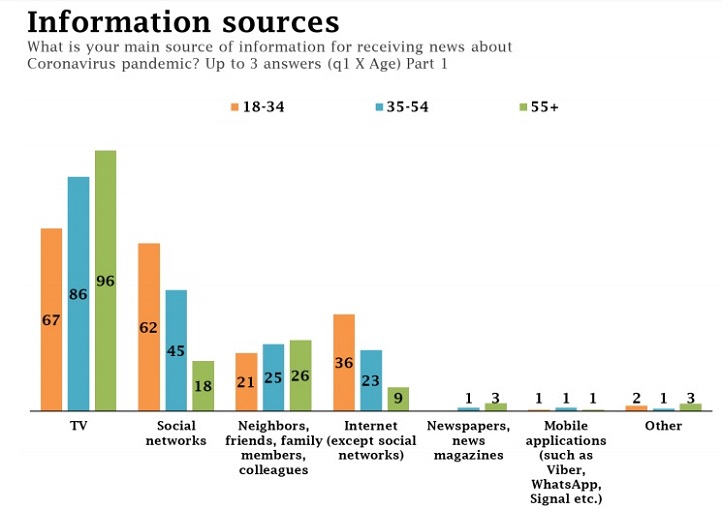 When asked how they determine whether information on Facebook is true or false, 61 per cent of those who receive news about COVID-19 from social media point to the source or media channel. 37 percent rely on their instincts regarding the issue.