Surveys released today by the US National Democratic Institute (NDI) reads that more Georgians support  the country’s membership into NATO and the EU, with NATO at 78%, its highest approval since 2013, and the EU at 83%. 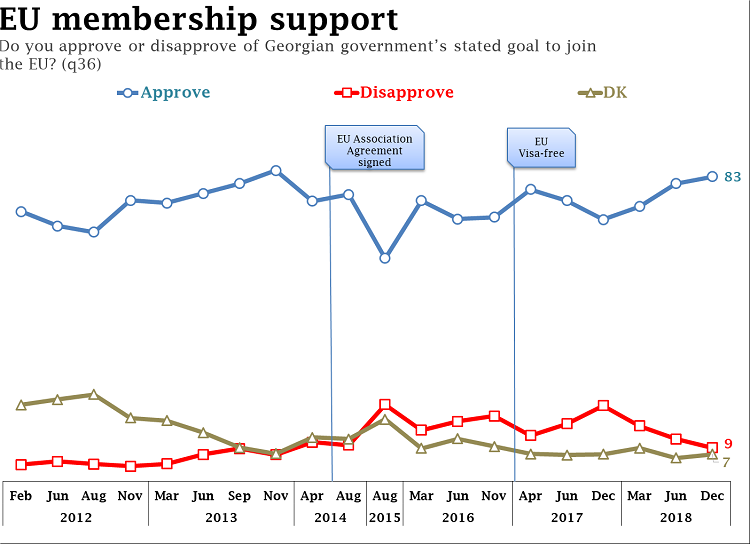 The polls show that the key issues which concern the public are the judiciary, corruption, crime, employment, poverty, the territorial integrity of the country and prices.

However, issues of freedom of speech, healthcare, EU and NATO membership, media independence, and education are viewed as slightly improving,” the NDI says.

NDI global associate and senior director Laura Thornton,says that while some issues, notably NATO and EU approval, are viewed as moving in the right direction, there remains an urgent need for policymakers to address a number of issues that affect citizens, including a problematic justice system, rising crime and a weak economy.

Further, alarming concern about environmental degradation requires immediate policy changes and investment, with an assurance that resources are not reduced given the reduced status of the Environmental Ministry,” she says. 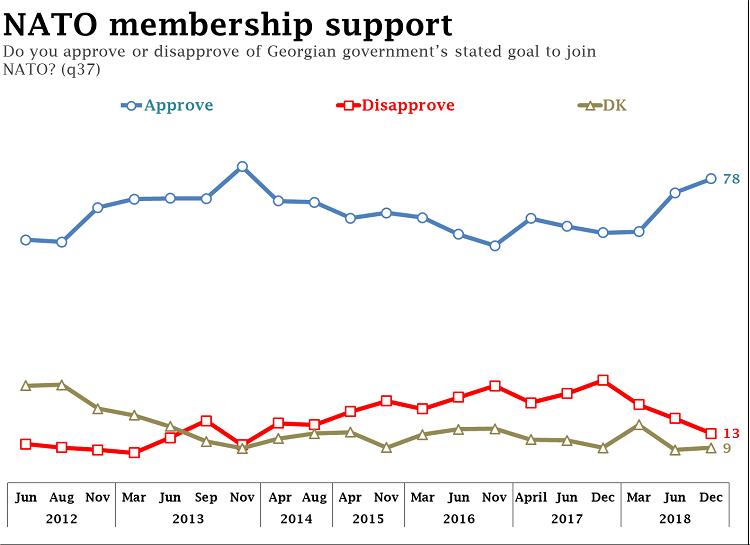 The polls say that the public is most concerned about the following environmental issues:

To read the full results of the poll click here.

The poll was carried out by CRRC Georgia.