The most recent polls published by the Georgian office of the US National Democratic Institute (NDI) reads that a total of 77 per cent of Georgians approve joining the EU, with 56 per cent strongly approving.

Support for NATO membership also stands steadily at 74 percent, with 55 per cent of the surveyed people strongly approving membership. 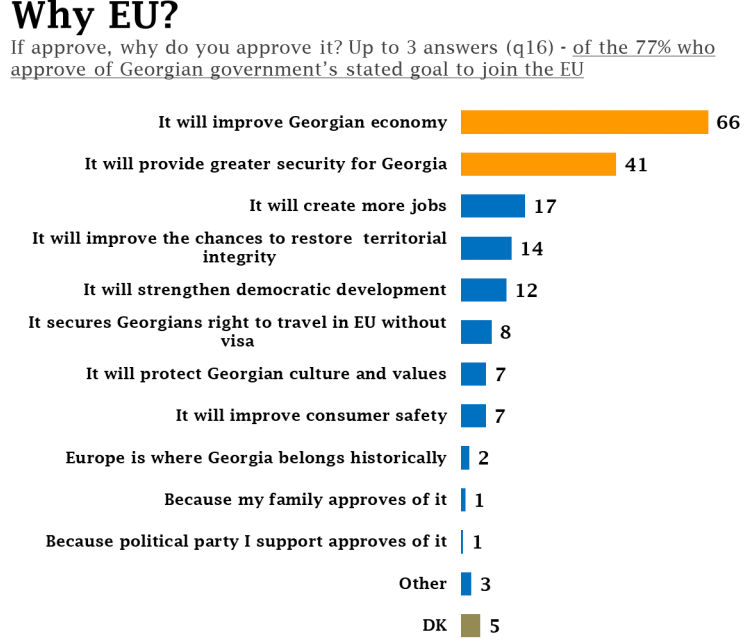 If the country held a referendum on membership tomorrow, 68 per cent would vote for and only 14 per cent against,” reads the poll.

NDI says that 41 percent of Georgians, regardless of position on EU membership, believe the EU threatens Georgian values.

The majority of Georgians also believe that joining the EU would benefit many groups in the country, including farmers, students, persons who are unemployed, and ethnic, religious, and sexual minorities, and improve the quality of education, affordability of healthcare, and Georgia’s security, among other issues,” the poll says. 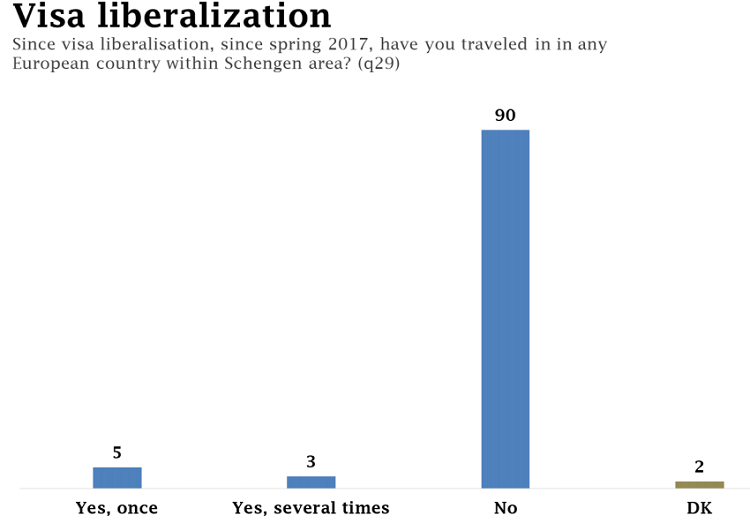 Speaking about support for Georgian membership in NATO, the polls read that in Armenian settlements, half (49 per cent) of the population disapproves of membership and only 28 per cent approve.

While support for NATO membership is also low in Azeri settlements, it is not due to disapproval but rather very high ‘don’t know ‘responses, at 41 percent,” NDI Georgia says. 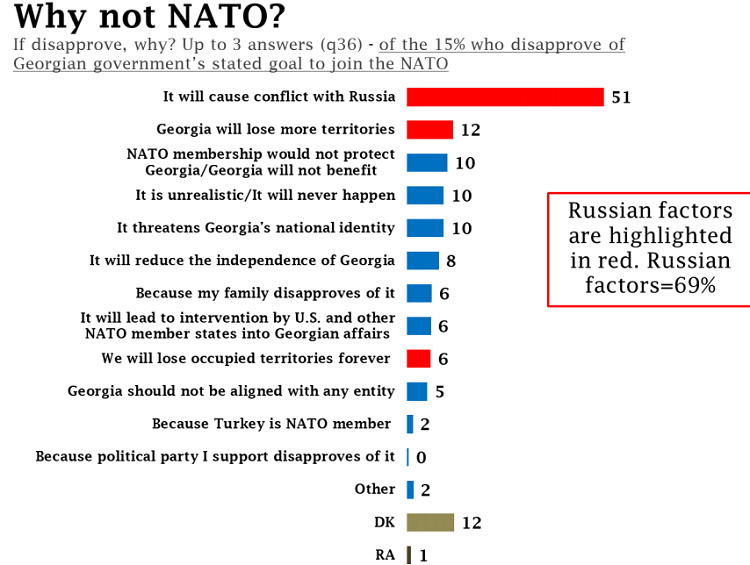 Despite support for membership, the majority of Georgians does not believe the country is ready for EU membership (59 per cent) or NATO membership (55 per cent), the polls say.

The factors holding Georgia back from EU membership are territorial conflicts (36 per cent), Russia (20 per cent), and lack of democracy (15 per cent).

Similar reasons were given for delays in NATO membership. Respondents listed the occupied territories (42 per cent), Russia (47 per cent), and lack of democracy (12 per cent). 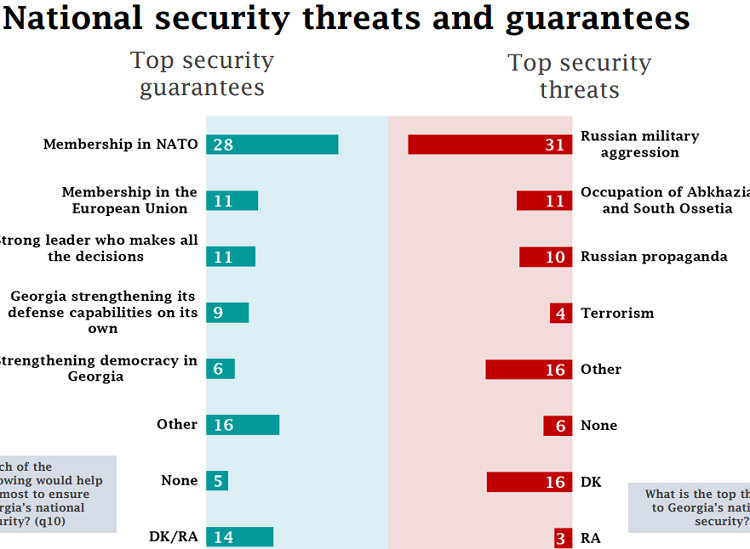 While EU support is still very strong in Georgia, it is important to be mindful of the widespread belief that the EU poses a threat to Georgian culture and values. Those who want to deepen domestic support for the EU need to better explain membership and its goals,” said Laura Thornton, NDI Global Associate.

She stated that in terms of NATO, it is interesting to learn how differently this issue is perceived in Armenian and Azeri settlements.

While Armenians actively disapprove of membership, people in Azeri settlements clearly lack adequate information. Different approaches are therefore required when communicating in these areas, and more needs to be done to reach Azeri communities,” she stated. 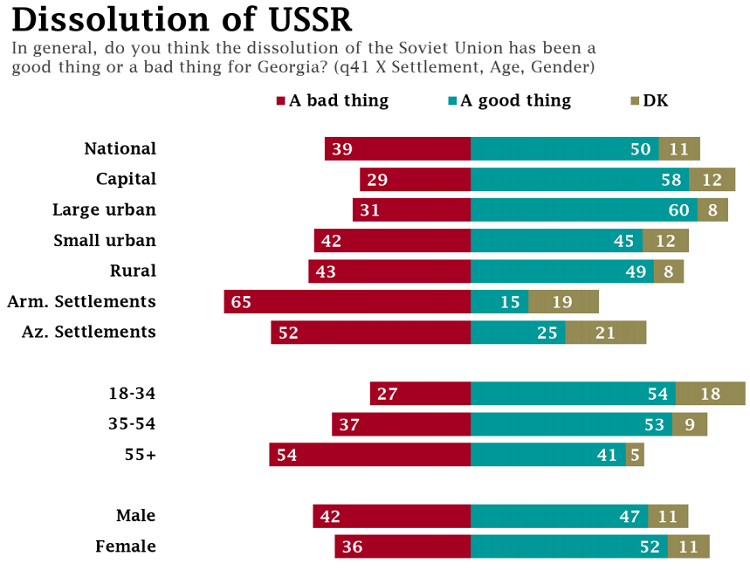 The results reflect data collected from March 28 to April 15, 2019, through face-to-face interviews with a nationwide representative sample of Georgia’s adult population (excluding occupied territories), including oversamples in Azeri and Armenian ethnic minority settlements.

NDI’s survey work is funded by UK aid from the British people.

This poll was carried out by CRRC Georgia.