De facto president of Georgia’s Russian-occupied Tskhinvali region Anatoly Bibilov says that the recent judgement of the European Court of Human Rights (ECHR) in favour of Georgia in the Russia-Georgia 2008 war case is ‘biased, politicised and has nothing to do with real facts.’

Bibilov told local news agencies yesterday that Georgia is the ‘aggressor’ and the ‘biased verdict of the ECHR’ is dictated by the west’s anti-Russian attitudes.

He said that ‘it was Georgia which unleashed war on the territory of South Ossetia (Tskhinvali) in August 2008, killed our people and burnt houses.’

Bibilov said that the court took ‘only Georgia’s positions into account,’ adding that the ‘Georgian propaganda regarding the war has worked.’ 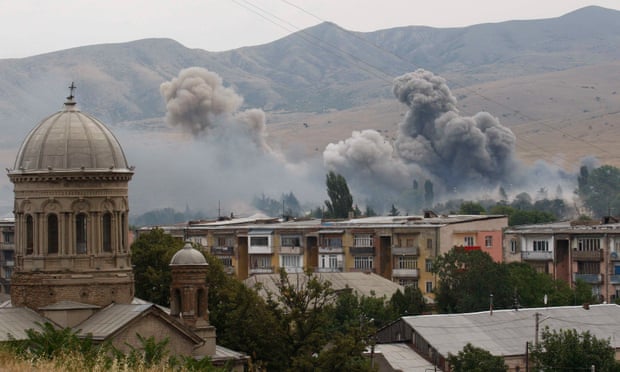 The ECHR released its judgement yesterday which says that Russia violated several articles of the European Convention on Human rights during the 2008 conflict in Georgia and carried out ethnic cleansing of Georgians.

The court said that Russia is controlling Georgia’s Tskhinvali and Abkhazia regions and is responsible for the violation of human rights of Georgian citizens.

The court said that Abkhazia and Tskhinvali are integral parts of Georgia.

Georgian Foreign Minister David Zalkaliani has stated that the verdict ‘is the first legal document of Georgia which legally opposes any attempts to recognise Georgia’s Russian-occupied regions of Abkhazia and Tskhinvali as independent states.’

Russian Foreign Ministry spokeswoman Maria Zakharova tweeted yesterday that the ‘friendly relations between Russia and South Ossetia are based on the principles of alliance and integration’ and that ‘Russia will continue to help South Ossetia in its efforts to build a modern and a democratic state.’