Now the airport is six times larger than it was before. We are now able to serve 2.5 million passengers annually and 1,200 passengers at the same time. Passengers will enjoy improved services and improved infrastructure. They will be able to use self check-in and baggage drop services…[they will be able to enjoy] international food outlets", said Director of the United Airports of Georgia Tamar Archuadze. 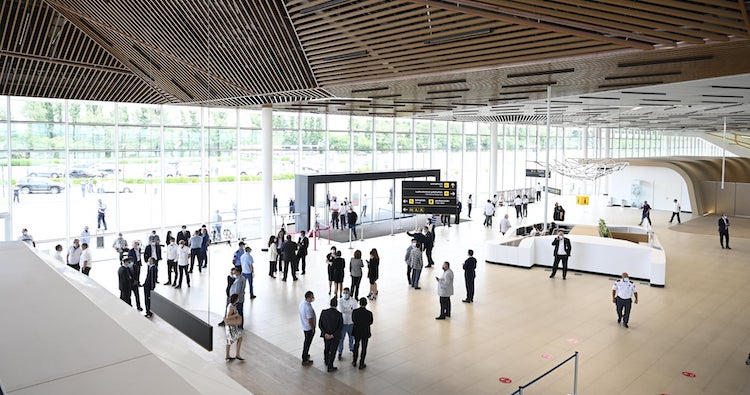 Georgian Economy Minister Natia Turnava said that the number of airlines that operated at Kutaisi International Airport before the pandemic has almost been restored.

Before the pandemic, four airlines flew to 33 destinations from Kutaisi Airport, and this year, as of May, three airlines are already flying to 25 destinations, and this process continues following the opening of the market and overcoming the pandemic" Turnava said. 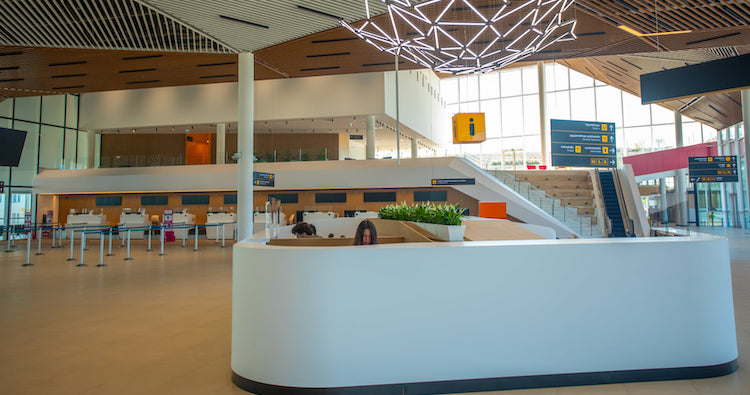 Following the expansion, the area of the Kutaisi International Airport has increased from 4,800 sq.m. to 30,000 sq.m.

The number of registration counters has increased from 10 to 18, of which two are baggage drop off, where passengers will be able to hand over their luggage after having registered online. 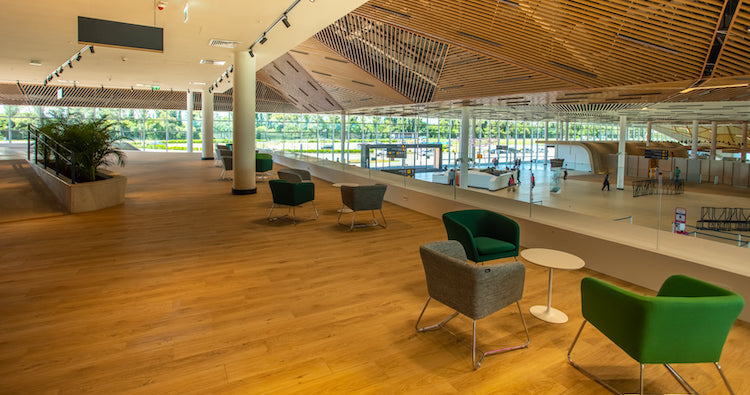 The airport now has seven gates, a green roof and a terrace. 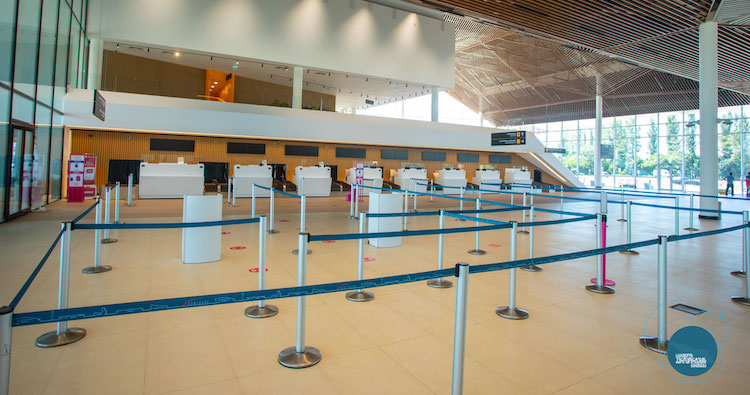 Dutch firm UNStudio, which completed the terminal building of Kutaisi Airport in 2013, was responsible for the extension works together with Georgian architect and designer of United Airports of Georgia Mariam Karkarashvili. 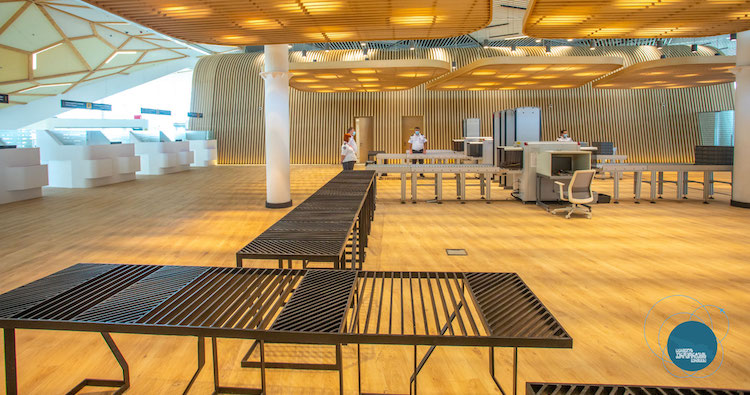 The expansion of the airport started in 2017 and about 110 million GEL was invested.

The airport will employ about 1,200 people.