Head of the United National Movement (UNM) Nika Melia, who was released from pretrial custody on May 10, met with the UNM party founder and ex-President Mikheil Saakashvili in Kyiv yesterday.

The UNM, which received 34 of the 60 opposition seats in the 150-member state legislature in the 2020 parliamentary elections, has not yet entered the parliament unlike other opposition parties.

Melia, who was released shortly after the signing of the EU-mediated agreement by Georgian political parties, told journalists yesterday that ‘current political situation in the country’ would be discussed with Saakashvili.

Saakashvili, who is currently a citizen of Ukraine and chairs the Ukrainian National Reforms Council, has not stopped involving in Georgia’s political issues since leaving the country back in 2013.

He has been convicted in absentia for several crimes in Georgia.

Saakashvili actually forced Melia to visit him and receive permission from him (from Saakashvili) on how to act,” Subari said, adding that ‘Saakashvili remains the head of the UNM.’ 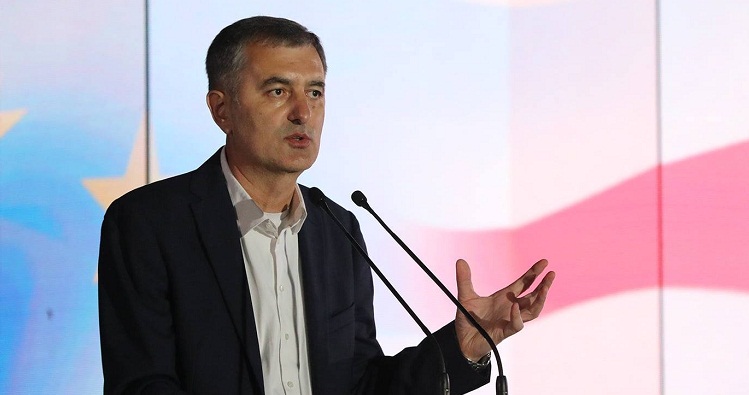 Tbilisi City Court has accepted the release of Melia after the European Union posted Melia’s 40,000 GEL bail on May 8, following the EU-mediated agreement between Georgian political parties in April.

Melia said that the 40,000 GEL bail was unfair and refused to post it within 50 days of sentencing.

He was arrested on February 23 for not posting the bail.

The arrest further complicated the tension between the ruling Georgian Dream party and the opposition which began after the October 2020 parliamentary elections.

The political tension was finally resolved by the involvement of the European Council President Charles Michel.

The UNM, European Georgia opposition and Labour party have not yet signed the document by Michel and have not taken up their mandates in parliament so far.