European Georgia ‘declares war’ against Saakashvili, compares him with GoT character Cersei Lannister

The European Georgia opposition party has ‘openly declared a war’ against former President of Georgia Mikheil Saakashvili, comparing him with a treacherous character from Game of Thrones - Cersei Lannister.

Once a close ally of Saakashvili, now the leader of the European Georgia opposition party, Gigi Ugulava has stated that Saakashvili and the founder of the ruling Georgian Dream party Bidzina Ivavishvili ‘have provided equal efforts’ to hamper the opposition’s coalition ahead of the October 31 parliamentary elections.

Ugulava said that Saakashvili did this only for his own ambition as he was rejected as the leader of the opposition’s coalition.

Ugulava said that the UNM had acted as Saakashvili wished, left the coalition and turned itself into a party of reactionists and retrogrades.

Saakashvili and Merabishvili have turned the UNM as their trading house,” said Ugulava, adding that in the fight with the monster (referring to Ivanishvili) Saakashvili has become a monster himself.

Ugulava said that promoting the UNM as the main opposition party has been ‘Ivanishvili’s game for seven years,’ and that Ivanishvili has won the game all the time. 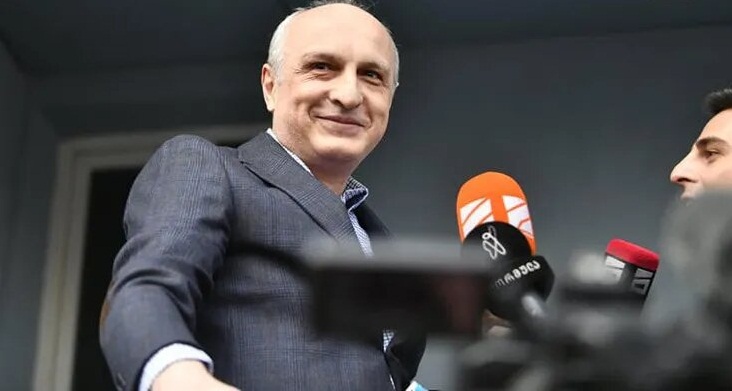 Ugulava said that both Ivanishvili and Saakashvili put their interests above the state interests and ‘we (the opposition) must say no to both.’

For his part Saakashvili had accused the European Georgia of not cooperating for ‘common goals.’

UNM member Zaal Udumashvili stated that the party has no plans to get involved in the ‘senseless discussion,’ adding that Saakashvili has never been a threat to the opposition.

We have our goal and the goal is defeating Ivanishvili’s regime,” said Udumashvili.

A party must receive no less than 40.54 per cent of votes in the elections to form the government alone, without cooperating with other political parties in parliament.

The ruling party says that it will take 50-60 per cent of  votes.