Film professionals in Tbilisi have completed restoration of eight Georgian cinema classics from the 1920s, in the latest stage of returning the country's rich legacy from archives in Russia for preservation and showcase.

The Georgian National Film Centre revealed on Thursday it had restored and digitised the latest batch of works by the country's pioneering filmmakers, and unveiled plans for hosting exhibitions, setting up an online repository for the films and releasing a book about the cinematic legacy over the next year.

Professionals of technical work for restoring and repairing old film rolls, translating and editing subtitles, and digitising old productions for preservation completed the most recent stage of the project in which two films by Kote Marjanishvili - also known as one of the towering figures of Georgian professional theatre - and Aleksandre Tsutsunava are flanked by four other films by Vladimir Barskiy, Mikheil Tchiaureli, Nikoloz Shengelaia and Nikoloz Kakhidze.

Marjanishvili's work in film is represented by the 1928 feature The Gadfly and the 1912 drama Gogi Ratiani, while Tsutsunava's 1925 Who is to Blame and 1928 Revolt in Guria were also selected for treatment. 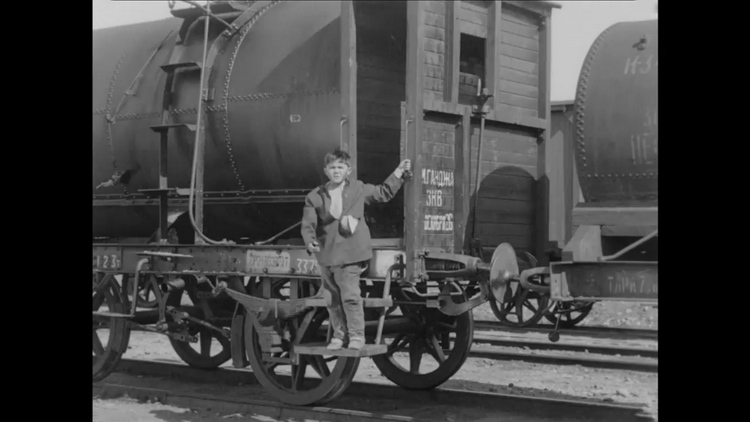 A still from Kote Marjanishvili's drama 'Gogi Ratiani'. The selected films have been made ready for screening both at local cinema theatres and international festivals. Image via Georgian National Film Centre.

GNFC director Gaga Chkheidze said in a programme created to mark the occasion the 1920s cinema works represented an exciting period in the history of Georgian film, with pioneering creatives working on productions before the onset of Stalinist censorship on arts a decade later.

As a joint initiative by the film centre, the Ministry of Education, Science, Culture and Sport and the National Archives of Georgia, the restoration was completed as part of the "Year of the 1920s Georgian Cinema", as declared by the GNFC.

Launched with the goal of hosting screenings of the films following their restoration, the initiative had to be limited in scope due to the pandemic situation, however Chkheidze said it was a "10-year project" that included subjecting works from many decades of the 20th century film scene in the country to the same treatment. 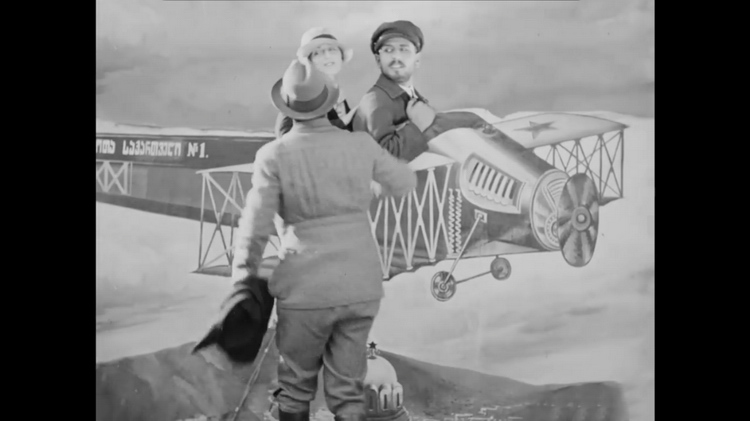 'Saba' by director Mikheil Tchiaureli is one of the eight works restored in the latest stage of the three-way state initiative. Image via Georgian National Film Centre.

The GNFC plans to dedicate each of the upcoming years to a decade of Georgian film from the last century, with exhibitions of cinema posters, correspondence and more to be hosted along with a launch of an online platform where the films will be uploaded for viewing. Next year will also see a publication of a book about the Georgian cinema of the 1920s, dedicated to filmmakers of the era.

Started in 2014, the initiative for bringing back classic works by Georgian directors to the country from their vaults in Moscow's massive Gosfilmofond archives has so far resulted in a return of 51 productions out of over 500 preserved in the Russian capital.

The original film negatives stored at the Gosfilmofond are considered museum exhibits, making their removal impossible, however Georgian cinema agencies are able to get hold of "first copies" of their rolls for transfer to high-durability, high-quality modern equivalents, and creation of digital versions subsequently.