Over a dozen classic Georgian films from the 1920s - including a work previously thought lost - are set to be returned to the country as a state initiative on bringing back rolls of pioneering cinema from Russian archives continues.

In the latest stage of the project launched five years ago, 17 films mainly produced between 1926-1929 will find new home in Georgian vaults as they are recovered from the Gosfilmofond state archives in Domodedovo, near Moscow.

These will include Their Kingdom, a 1928-directed work of historical significance for Georgian cinema. It was the first independent work by filmmaker Mikheil Kalatozishvili and was co-directed as the debut film of Nutsa Gogoberidze, the first female director from Georgia.

The selection also involves films by Kote Marjanishvili, a founder of Georgia's professional theatre scene, Kote Mikaberidze, a major figure of Georgian silent cinema and an early work by Mikheil Chiaureli, an eminent filmmaker of the Soviet era. 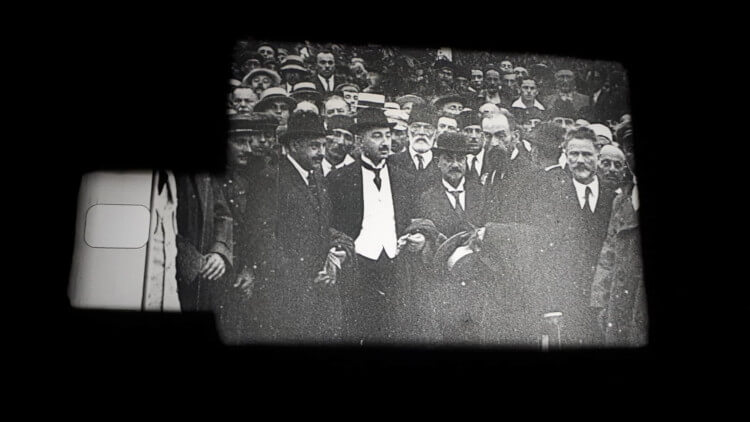 Gosfilmofond archives include rolls for hundreds of films by Georgian directors dated between 1921 and the late Soviet years. Image via Ministry of Education, Science, Culture and Sport of Georgia.

While 16 of the 17 titles involve some of the first Georgian cinema productions, the final selection went to Atonement, a 1986 allegorical drama by Tengiz Abuladze known not only in Georgia but to cinema critics beyond its borders.

The Gosfilmofond rolls for for Abuladze's feature - which uses fictional characters for a critical allusion to the Soviet system and victims of its repressions - are of qualitatively higher quality than their copies in Georgian vaults, enabling cinema institutions in Georgia to reintroduce the acclaimed film to wider audiences abroad.

The Ministry of Education, Science, Culture and Sport of Georgia said the new rolls for Atonement would be submitted for screening at the Cannes Classics section of the Cannes Film Festival, organisers of which have sought to include the late-Soviet era feature in their segment.

As the latest round of original film rolls returns to Georgian archives, the Georgian National Film Centre and the culture ministry have announced they will bring back the remaining 1920s works back from Gosfilmofond next year, before moving on to films from later decades of the country's cinema history.

Gosfilmofond, one of three largest cinema archives worldwide, has over 70,000 films preserved at its archives dating throughout the 70 years since its establishment.

The collections of the institution include over 700 Georgian cinema productions starting with the 1921 film Arsena Jorjiashvili by Ivan Perestiani, a Soviet filmmaker who became one of the founders of Georgian cinematography.