Tamar Gigauri, 60, who received heavy injuries after falling into a well of seven meters deep in Georgia’s Russian-controlled Akhalgori district in early November of 2019 has only today been allowed to leave the district to receive necessary treatment on the Tbilisi-administered territory.

The woman received treatment in Akhalgori and Tskhinvali hospitals since the incident took place. However, the hospitals were unable to provide quality treatment and Gigauri still suffers from severe health issues.

Now she is on the Tbilisi-administered territory to receive the medical aid she needs.

Local civic activist Tamar Mearakishvili says that about 10 individuals have died in the district due to the delayed medical care caused by the illegal closure of the crossing points. 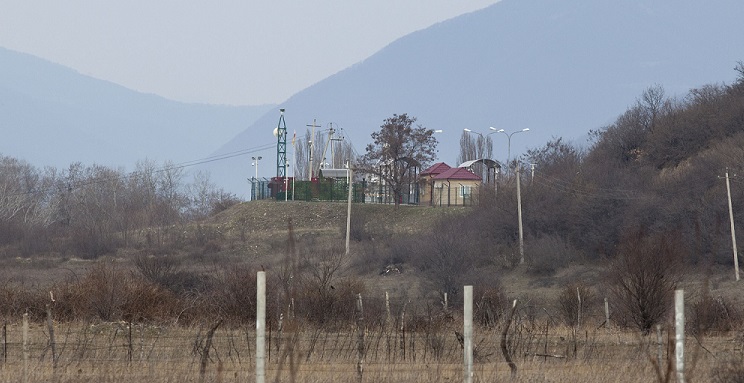 De facto authorities of Tskhinvali closed all crossing points between Akhalgori and the rest of Georgia, in the central part of the country, on September 4, 2019, depriving locals of receiving urgent and quality medical aid or buy vitally important everyday items.

The reason for the closure was the opening of a police post on the Tbilisi-administered territory, in the village of Chorchana, by the central Georgian government at the end of the summer of 2019.

The de facto leadership says that the police post  ‘is too close to our country and poses security threats to our population.’

They say that the crossing points will reopen after the police post is dismantled which Tbilisi refuses to do.

After the five-month closure the de facto authorities opened the crossing points only for pensioners at the end of January 2020, stating that pensioners will be allowed to receive their pensions on the Tbilisi-controlled territory once in two months.