Ruling party member Beka Davituliani stated that whoever is behind the burning of Melia’s office ‘will definitely be held strictly accountable.’

The investigation will reveal who stands behind this", he said.

The glass of the election office of opposition majoritarian candidate in Gldani district of the capital city of Tbilisi, Nika Melia, was smashed and a fire broke out in the building early this morning.

We found out that a fire had started in our office at 6 a.m. We found broken windows and two bottles of gasoline in the building. I hope this abomination will be investigated... they were going to burn the building completely, but could not do so due to the timely mobilisation of the police", Melia told a local TV channel Mtavari Arkhi. 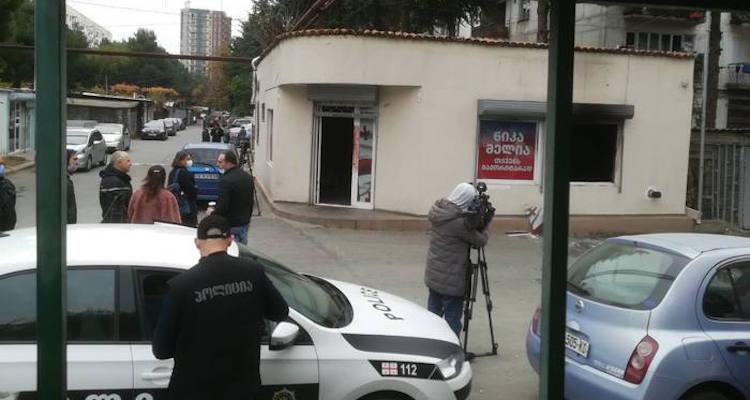 Georgian Ministry of Internal Affairs has already launched an investigation into the case.

Melia participated in the October 31 parliamnetary elections as a joint candidate of the opposition.

He is the only opposition majoritarian candidate who won the race. However, Melia was unable to receive 51 per cent of votes and the second round of elections was scheduled in Gldani on November 21.

Melia, like other opposition leaders, took to the street following the elections, stating that the elections were fabricated.