Georgian opposition parties have named six of eight joint majoritarian candidates for Tbilisi in the upcoming parliamentary elections in the Autumn.

The candidates are as follows:

The opposition has yet to nominate joint candidates for the Didube-Chugureti and Saburtalo constituencies.

There are 22 other constituencies (adding to the eight) where the opposition will have to nominate joint or their own candidates. 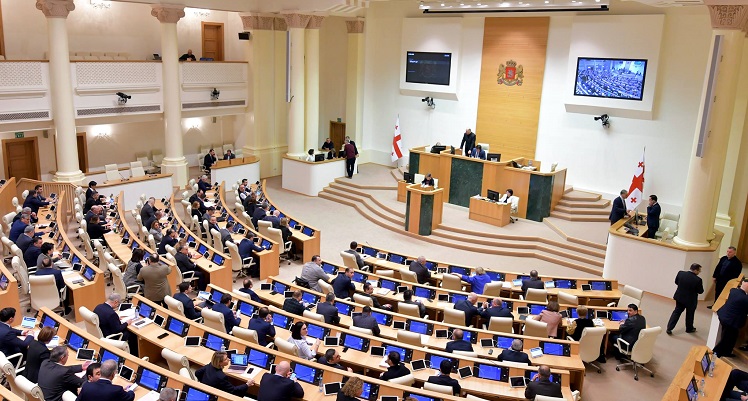 Ruling party says all its 92 MPs will vote for the election bill. Photo: parliament of Georgia press office.

The Georgian parliament has begun discussing a bill earlier today  regarding the upcoming parliamentary elections.

The amendments are only for the 2020 elections as, according to the Georgian constitution, the country will transfer to a fully proportional election from 2024.

The bill is scheduled to be voted on Sunday with its first reading.

The opposition parties which support the amendments say that they will not vote for the bill  as the ruling Georgian Dream party ‘refuses to fully abide by the March 8 election agreement,’ made in the talks mediated by the diplomatic corps.

The opposition says that the last precondition for them to vote for the bill is the release of a co-founder of the opposition-minded TV channel Giorgi Rurua.

The adoption of the constitutional changes, which is planned for June 29, needs at least 113 votes in the 150-member parliament.

If the opposition refuses to vote for it, the bill may be rejected.