Opposition plans not to take up mandates in parliament, calls for repeat elections

Opposition parties which surpassed the one percent election threshold in Saturday’s parliamentary elections in Georgia or nearly did so say they will not take up their mandates in parliament and instead will take to the streets and call for repeat elections.

Opposition leaders have stated they will not take up their mandates in parliament, and demand a repeat election.

European Georgia will hold consultations later today and we will make a final decision on what to do,” party leader Gigi Ugulava stated earlier today.

He also said that the opposition has plans to hold a large rally in Tbilisi on November 7.

Lelo for Georgia says that they do not recognise the election results and ‘will not tolerate the fabrication of the elections.’ 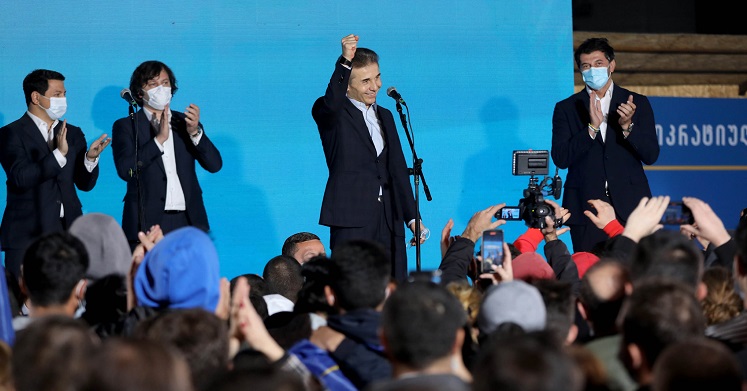 Leader of Strategy Aghmashenebeli Giorgi Vashadze says that the opposition ‘must act unanimously and we must not enter parliament..’

Leader of the Democratic Movement - United Georgia Nino Burjanadze said that the elections ‘are not legitimate and we must call for repeat elections.’

Opposition supporters are already gathering on Rustaveli Avenue in central Tbilisi as the UNM party called for a rally yesterday.

Ruling Georgian Dream party leaders say that the elections were held ‘very fairly and transparently despite the pandemic’ and that the opposition ‘has failed to accept the election results in a dignified manner.’