Kutaisi International University (KIU), the first state university built in Georgia since the country restored its independence in 1991, has received its first intake of students today.

You, the first stream of this unique university are a part of the academic history of Georgia… Education is the most valuable investment, which is not only the basis for individual success, but also the precondition for the success of our country”, said Education Minister Mikheil Chkhenkeli, addressing the new students of KIU.

I understand this is one of the most important days in your life. I also understand that it is an extraordinary day because you have to start your student life with face masks. It was pretty hard to imagine for everyone, but it is the reality we have to put up with. This too will pass, but Kutaisi International University and your responsibility to take the country to a new stage of development will remain. It's up to you”, said Georgian Prime Minister Giorgi Gakharia. 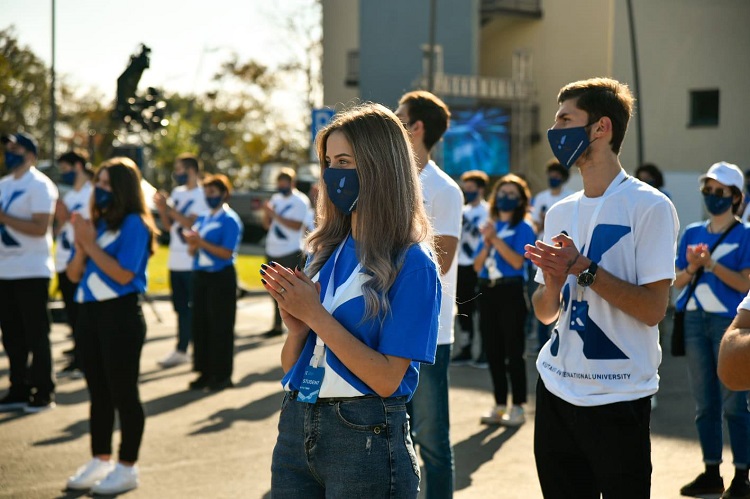 Along with the lectures in auditoriums the university will also have online lectures and lecturers, Georgian ones among them, who work abroad in different universities will deliver lectures online. Photo: KIU.

Gakharia also mentioned that Kutaisi, which has always been a centre of Georgian science, culture and development, will also become an educational centre of the country.

This year 245 out of 1,112 applicants were accepted by Kutaisi International University.

Academic and research programmes as well as the organisational structure and development plan for Georgia’s new university will be developed in cooperation with the Technical University of Munich (TUM).

A modern cancer therapy centre will be set up on the campus of KIU in cooperation with the leading international proton therapy company IBA.

This will be the only hadron therapy centre for scientific research and cancer medical treatment in Georgia.