Georgia is on a draft list of countries that will be allowed to enter the European Union starting July 1 when the bloc's international borders are scheduled to open, reports Euronews.

The list also includes neighbouring Turkey, while Armenia, Azerbaijan and Russia are not on the approved list.

In total the EU will open its doors to 54 countries. The United States, the worst-affected country worldwide by COVID-19 with more than 2.4 million cases, is not on the list. 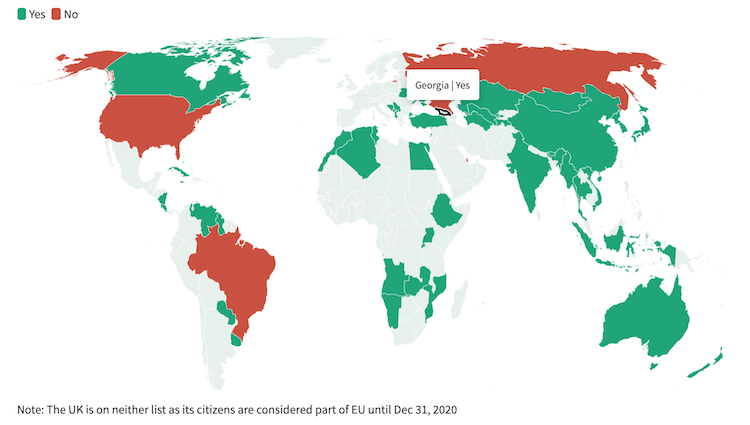 The full list of countries whose nationals will be allowed to enter Europe according to the draft list can be found here.

However, Georgia announced yesterday on June 25 that regular international flights will not resume until August 1.

The decision to resume regular air traffic will be made based on the epidemiological situation in the world and in Georgia", reads the statement published by the agency.

The Civil Aviation Agency calls on citizens not to buy tickets until the exact date of the resumption of international flights is not announced by 'official sources'.