Russian citizen of Ingush origin Vasambeg Bokov has been detained in Tbilisi for the illegal purchase and possession of fake documents.

Gvaramia claims that the head of Chechnya, Ramzan Kadyrov, placed the hit on the journalist who worked for the opposition-minded TV channel Rustavi 2 when he insulted Putin on his live show in July 2019, during protests in Tbilisi which were sparked by the presence of Russian MPs in the Georgian parliament.

The Georgian State Security Service says that Bokov was detained within the investigation of a planned murder which is still in progress, and urged media outlets to refrain from spreading ‘incorrect or inaccurate information.’

However, the agency admits that in detaining the man a “much more serious crime was avoided.” 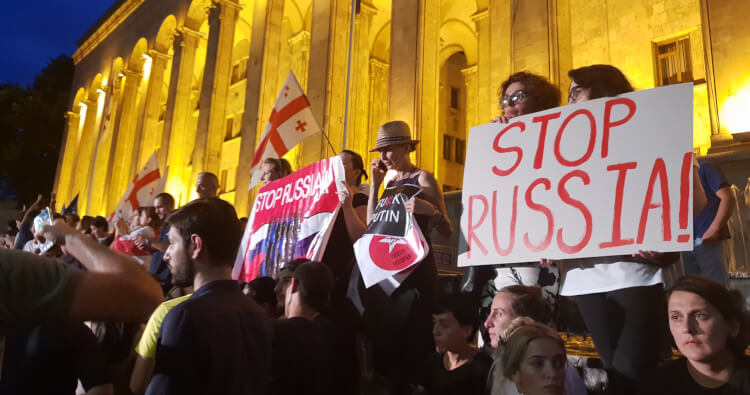 The case is classified and lawyers cannot speak about the details.

He stated that before tha pandemic, Ukrainian law enforcers were following Bokov. However, when the situation became uncontrollable due to the pandemic, they provided Georgian colleagues with the information.

Gvaramia claims that Georgian law enforcers ‘did not take the information seriously. However, they ensured continued surveillance and protection of Gabunia and finally detained the man.’

Gabunia says that he has had bodyguards since the incident last year and the bodyguards mentioned that they were under surveillance.

Bokov lived in Georgia’s Muslim-populated Pankisi Gorge for some time. The host in Pankisi  told media outlets that he had no clue of Bokov’s alleged intentions.

The man was detained on Friday.