Opposition parties have once again urged the government to ‘fully abide by the March 8 election agreement’, made during talks mediated by the diplomatic corps, and release co-founder of opposition-minded Mtavari Arkhi TV channel Giorgi Rurua.

In a joint statement released today the opposition parties say that Rurua, who was detained last year for the illegal possession of firearms, ‘is being deliberately discredited,’ referring to the accusations of Tamar Toreli, a woman of Georgian origin with US citizenship, who says that Rurua killed seven of her family members back in 1990s.

The opposition says that fully abiding by the election agreement ‘will prevent the country from having a repeat political crisis.’

Per the March 8 agreement mediated by the diplomatic corps the government agreed that it would react to the situation that could be perceived as the politicisation of court and election issues,” says the statement, repeating that Rurua was detained on ‘political grounds.’

The opposition says that they will not vote for constitutional changes for the 2020 parliamentary elections, per the election agreement, until Rurua leaves prison. 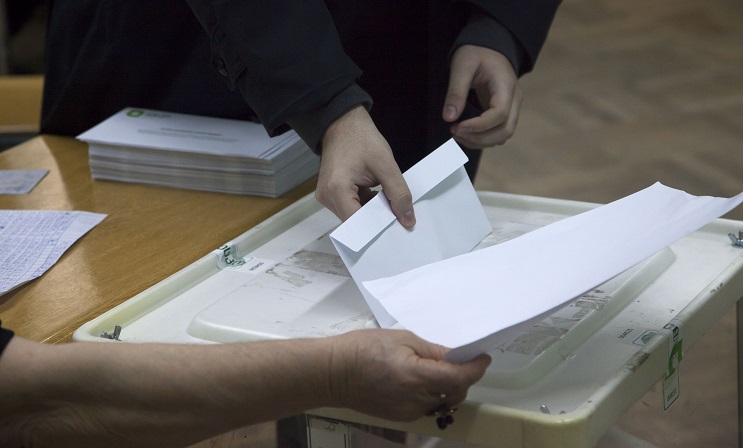 The parliamentary elections will take place in Georgia in the autumn.Photo: Nino Alavidze/Agenda.ge.

Giorgi Rurua was detained on November 18, 2019 for alleged possession and carrying of a firearm, a charge Rurua dismisses.

The opposition says that Rurua is a ‘political prisoner,’ and that the ruling party accepted to release him in addition to opposition leaders Gigi Ugulava and Irakli Okruashvili during the election talks.

The ruling party denies that they accepted the release of Ugulava, Okruashvili and Rurua per the agreement, stating that taking the move would be undemocratic and unconstitutional.

On May 15 President Salome Zurabishvili pardoned Ugulava and Okruashvili ‘to discharge the tense political situation and not because they were political prisoners,’ a decision which was not welcomed by the ruling party.