Georgia working with experts from the Cambridge, University of London, Deloitte on post-crisis economic plan

The Georgian government is working with experts from the University of Cambridge and the University of London as well as Deloitte analysts and local experts to create a post-crisis economic plan and decide what steps they should take in order to improve the Georgian economy after the coronavirus lockdown.

For that reason Georgian Prime Minister Giorgi Gakharia held a videoconference with world-acclaimed professors Ha-Joon Chang, Christopher Cramer, and Jonathan D. Jones, and discussed how to overcome poverty, support economic growth and increase the competitiveness of the Georgian economy. 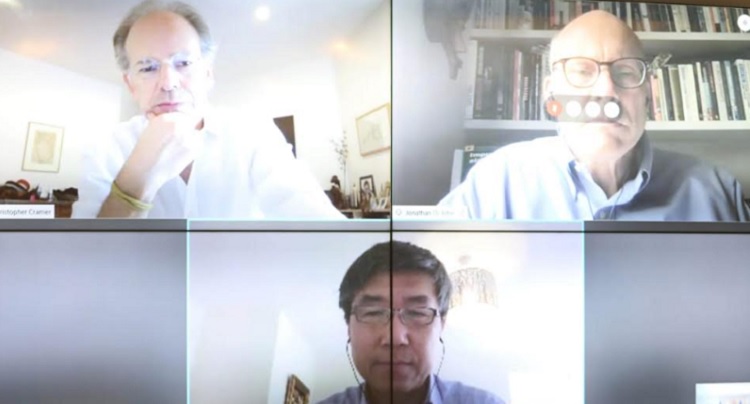 Ha-Joon Chang is a South Korean institutional economist, specialising in development economics. Currently he is a reader in the Political Economy of Development at the University of Cambridge. Photo: Georgaian government press office.

The consultative group has been selected based on its members' many years-long experience with emerging economies and their high professionalism.

Due to the crisis our citizens are in hard times now, many of them have lost their income… we do not have much time to wait,” said Georgian Prime Minister Giorgi Gakharia at a government meeting earlier today.

Georgia has taken several steps to support its citizens and the country’s economy, including but not limited to:

Gakharia said that the post-crisis plan will give Georgia an opportunity to be effective and ready to participate in global competition.

He noted that in one month the government will have a first draft of the plan, which will be complete in another one month after discussion with local experts.

He said that based on the plan steps will be taken this year, but the plan will be oriented mostly for the following year.