Starting from the year the fire engines will be used in Tbilisi, Batumi, Kutaisi, Borjomi, Rustavi and Signagi.

The  fire engines are fitted with a high and low pressure pump, have a 4.5 tonne water tank and a 300 liter foam tank. All necessary fire-rescue equipment is installed in the vehicles. 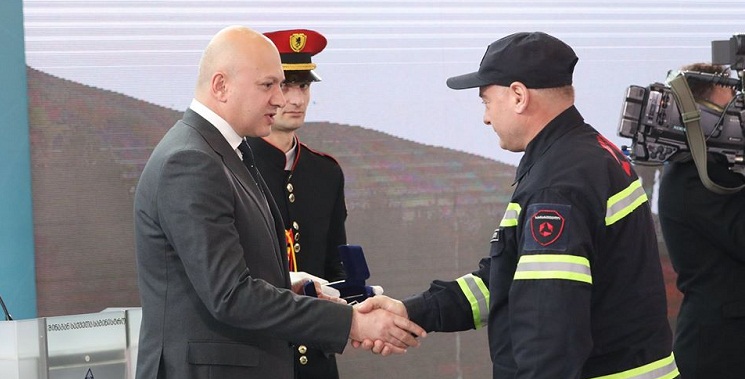 The engines are fully automated, though can be manually operated if needed. 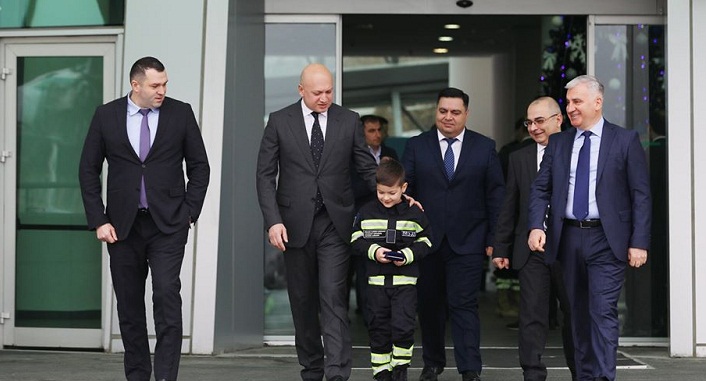 The son of the 34-year-old firefighter who died last year and who was posthumously awarded. Photo: Interior Ministry press office.

While presenting the vehicles earlier today, the Interior Ministry officials have awarded 15 firefighters for their merits and posthumously awarded the employee of the Emergency Management Service Levan Ogadze, 34, who died in an accident last year.