The Irish low-cost airline Ryanair has launched its first ever flights from Georgia to European destinations.

Direct flights to Europe will be operated from Tbilisi and Kutaisi International Airport.

Last night, our first ever flight from Georgia took off... Low fares have officially arrived in Georgia", Ryanair posted on its Facebook page yesterday. 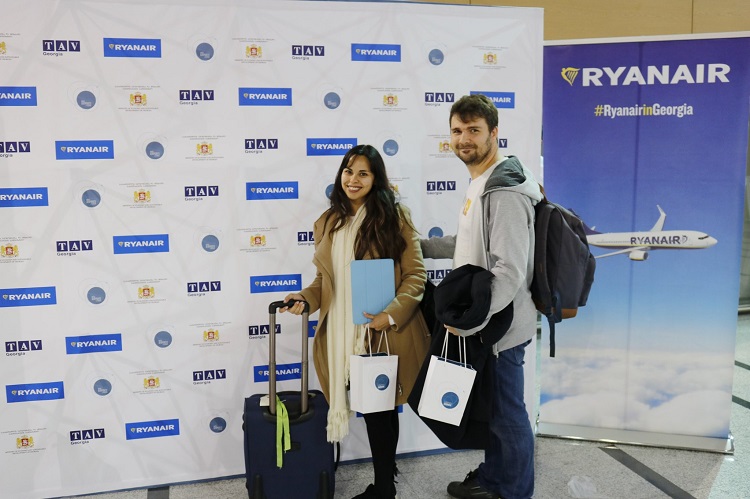 Ryanair will fly from Kutaisi to Marseille and Bologna, two times a week, while it will offer flights from Tbilisi to Milan four times a week.

Starting April 2020, flights from Tbilisi Airport will be carried out to Cologne three times a week.

The airline will eventually carry out flights to 12 destinations. 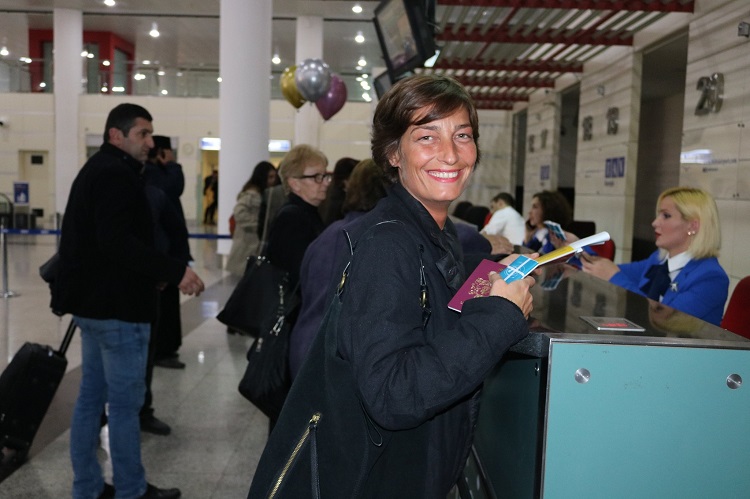 Airline’s operations in the Georgian market will allow us not only to expand new tourist flows and develop the tourism industry, but also to offer our citizens cheap flights from Kutaisi and Tbilisi to the new European destinations", she said.

Director General of the United Airports of Georgia Giorgi Chogovadze also said "that the increase of the number of airlines operating in Georgia is "a guarantee of the development of tourism and hospitality sector, creating additional jobs and stimulating the economy". 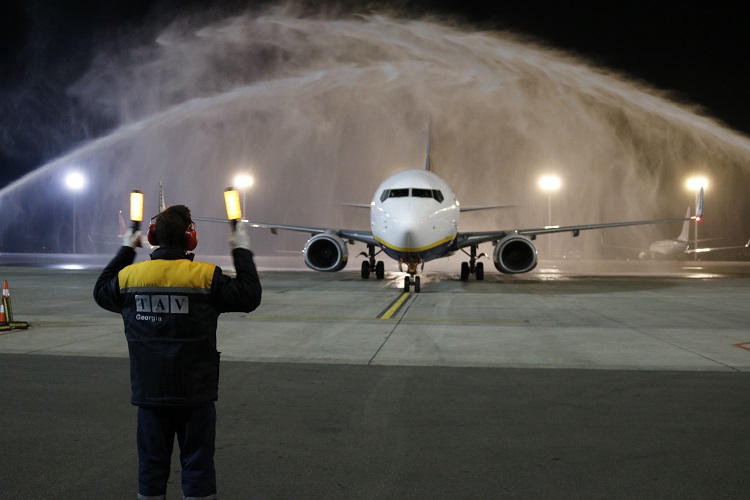 To celebrate the start of its winter schedule, Ryanair is releasing seats for sale from just €16.99 for travel from now until the end of March 2020, which are available for booking until midnight, November 11.

Flights will be carried out by Boeing 737 aircraft.