The United States Congressmen Adam Kinzinger and Alex Mooney, who are visiting Georgia on November 5-9, met with the Parliament Speaker Archil Talakvadze today.

Speaker Talakvadze said they had “a positive meeting”, where they discussed strategic partnership between Georgia and the US.

NATO and EU integration, [Russian] occupation and territorial integrity of Georgia, democratic reforms and security are the issues on which we had a long and interesting discussion”, Talakvadze wrote on his Facebook page.

Talakvadze thanked the Congressmen for passing the bipartisan Georgia Support Act in the House of Representatives. 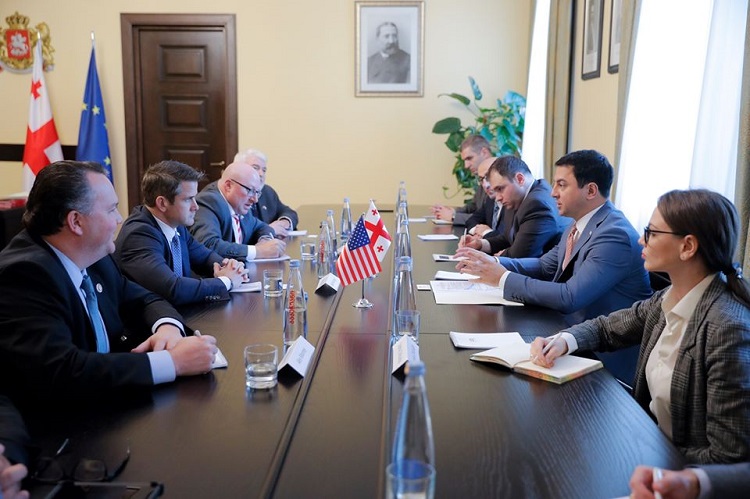 Kinzinger and Mooney said the United States continues its unwavering support for Georgia, its territorial integrity and sovereignty, as well as the country’s European and Euro-Atlantic aspirations.