Occupation forces have refused to dismantle two illegal ‘police-posts’ arranged on Tbilisi-administered territory and declined to open a so-called checkpoint to the Akhalgori district, where the local population is on the verge of humanitarian catastrophe.

De facto Tskhinvali leadership said at the special meeting in Ergneti earlier today that the closure of so-called checkpoints to Russian-occupied Tskhinvali is because of the Georgian police post in the village of Chorchana, Khashuri municipality, on the Tbilisi administered territory.

The occupying forces once again demanded the removal of the Georgian police post and refused to attend the Ergneti Incident Prevention and Response Mechanism Meeting (IPRM) which was scheduled tomorrow, as Tbilisi said that the police post will remain where it is now. 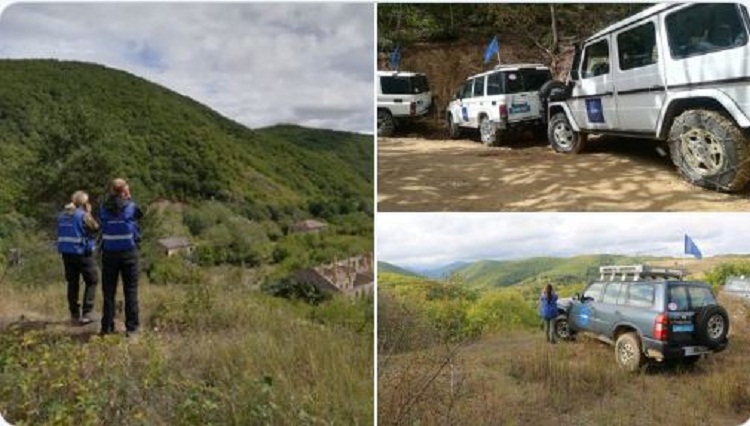 Tension on the ground started at the end of August when Tbilisi opened a police post in the village of Chorchana, on the territory which is under the control of the central Georgian government.

Tskhinvali demanded the removal of the post  as it “posed threats to their security.”

Tbilisi refused to do so and the occupying forces opened two new “police posts” at the village of Chorchana, on the Tbilisi-administered territory and also closed so-called checkpoints, creating serious humanitarian problems in the occupied region.

Tskhinvali continues not to act constructively,” Irakli Antadze, from the Georgian State Security Service stated after the meeting.

He said that special meetings to settle the problems at the villages of Chorchana and Tsnelisi will continue and the issue will also be raised at the Geneva International Talks next week.