Khajimba’s headquarters earlier reported that the incumbent president received 49.3 per cent of the vote after 80,800 of 81,100 ballots had been counted. He is nearly 1.5 percentage points ahead of leader of the opposition party Amtsakhara, Alkhas Kvitsinia,” Russian media TASS cited Khajimba’s press office as saying.

In the first round of the so-called elections held on August 25, 2019 Khajimba received 24.83 per cent of the vote, Kvitsinia – 22.91 per cent and former so-called deputy Foreign Minister Oleg Arshba – 22.56 per cent.

Georgian Foreign Minister David Zalkaliani said that the so-called election run-off 'has no legitimacy and it was an another attempt to legalise ethnic cleansing.'

During the so-called runoff election, the voter turnout needed to be at least 25 per cent for the elections to be considered valid, with the winner elected by a simple majority of votes.

152 polling stations were opened for the so-called elections, where up to 83,000 people voted. 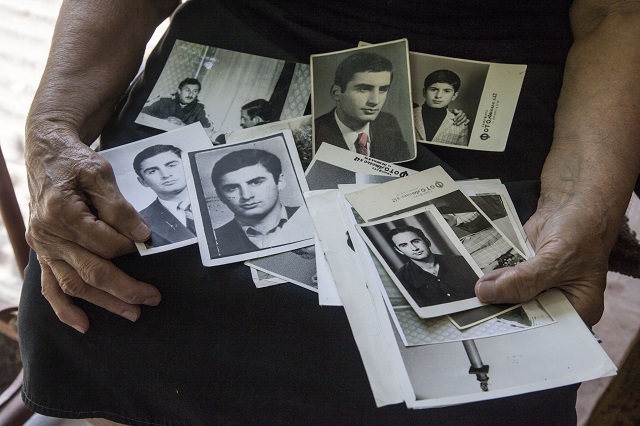 The war in Abkhazia claimed many lives. Photo: Nino Alavidze/Agenda.ge.

Khajimba, 61, was first elected to the role after the forceful resignation of de facto president Aleksand Ankvab in May 2014.

He headed an opposition party - Forum for the National Unity of Abkhazia - between 2010 and 2015.

Abkhazia and one other occupied region of Tskhinvali have been recognised as independent states only by Russia, Venezuela, Nicaragua, Nauru and Syria since the Russia-Georgia war in 2008.

The rest of the international community says that the regions are occupied by Russia.