President of Georgia Salome Zurabishvili announced today that she is paying close attention to the developments in the Russian-occupied region of Abkhazia.

I am paying close attention to the events in Sokhumi and to the safety, fate and human rights of our citizens in occupied Abkhazia.

Georgian State Minister for Reconciliation and Civic Equality Ketevan Tsikhelashvili spoke of the situation in Sokhumi as well.

Our key priority is to ensure that every development remains peaceful [in Sokhumi] and population faces no security threat [there]”, Tsikhelashvili stated.

Demonstrators demanding the annulment of the results of the de facto presidential elections in Abkhazia and the resignation of the current de facto President Raul Khajimba broke into the so-called presidential administration building in Sokhumi earlier today. 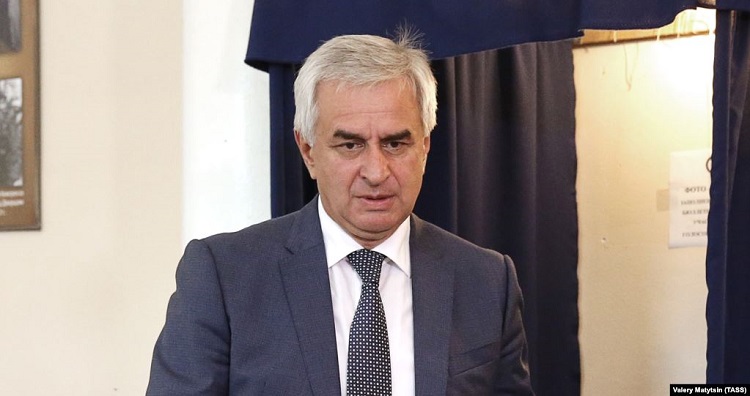 In the second round of the presidential election held on September 8, 2019 incumbent Raul Khajimba received 47.39  per cent of the vote, while opposition ‘presidential candidate’ Alkhas Kvitsinia received 46.17 per cent. Photo: Valery Matytsin/TASS

Kvitsinia now claims the results are invalid given that per the ‘constitution’, only a candidate that receives 50 per cent of votes + 1 can be considered the victor.

Meanwhile, refusing to resign Khajimba stated that everything is under control in Sokhumi and a state of emergency might be declared in case of necessity.