Okruashvili says that Khalvashi represented him when Rustavi 2 was bought ‘by him’ back in 2004.

He says that the document signed by Khalvashi in 2010 in Germany confirms this and says that the real owner of the channel is himsefl and not Khalvashi.

In the document signed in 2010 Khalvashi says that he has no right to the channel and only represented Okruashvili in the purchase deal. The document also says that if Khalvashi decided to act independently, without consent from Okruashvili regarding the channel, he must have paid seven million USD as a fine. He violated the condition,” Okruashvili’s lawyer Gia Zedelashvili says. 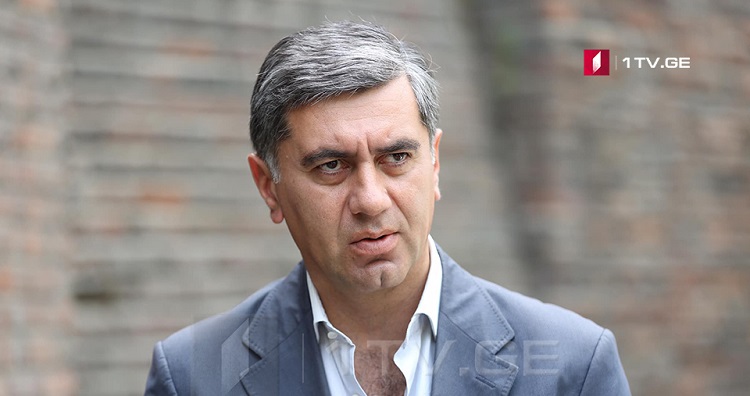 Okruashvili was dismissed as Defence Minister in 2006, the same year the channel was seized from Khalvashi. Photo: 1TV.

He states that next week Okruashvili will file a lawsuit against Khalvashi “to have the channel returned.”

Khalvashi’s lawyer Paata Salia, who was appointed as the director general of Rustavi 2 yesterday, says that the 2010 document mentioned by Okruashvili contains a fake signature of Khalvashi and an investigation will confirm this.

The European Court of Human Rights upheld the verdict of Georgian courts yesterday and allowed the return of 100 per cent of shares to Khavashi, who argued that the channel was illegally seized from him in 2006 by the United National Movement leadership.

Founders of the channel Jarji Akimidze and David Dvali also say that the channel was illegally seized from them back in 2004. 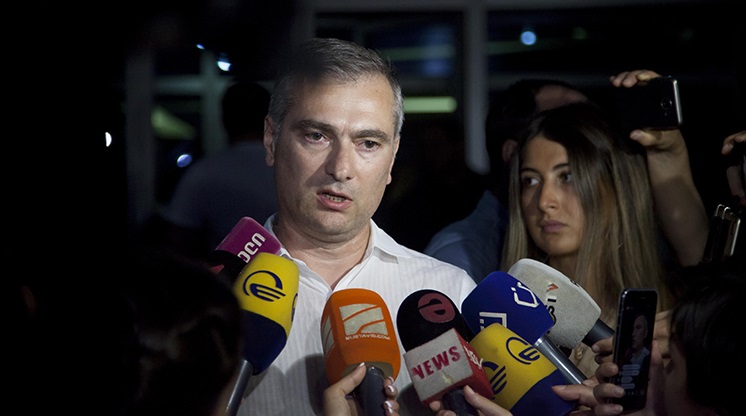 Transparency International Georgia says in its study that Rustavi 2, which was established in 1994, has changed leadership more than 20 times.