Paata Salia, who replaced Nika Gvaramia as the director general of Rustav 2, went to the TV company and spoke with the team late on July 18 to set further goals.

Salia told the journalists that he does not intend to interfere in the editorial policy and the team may continue working as they did before the verdict of the European Court of Human Rights.

You, the journalists have the freedom to do whatever you did. This is your job and I do not intend to interfere", Salia said. 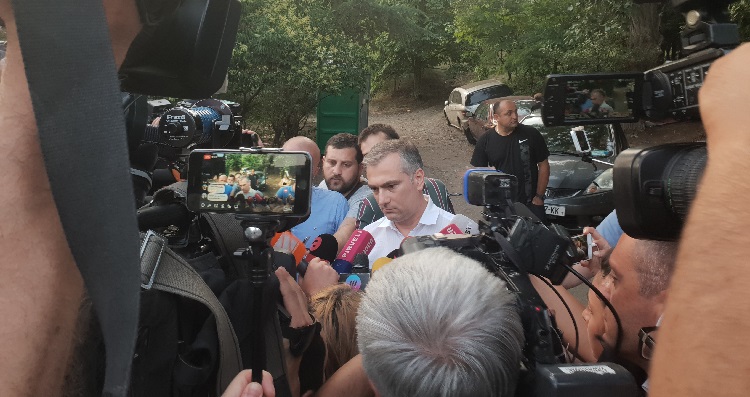 He also underscored that he aimed to meet with the company's managing team to learn more about its financial and legal conditions. However,  Salia was told at Rustavi 2 that the managing team had already left.

We want to make sure that the company has no obstacles. You are aware that the director has been changed.... [the company] should work without any delays", he said.

Salia, who is also the lawyer of the new owner of Rustavi 2, Kibar Khalvashi, said the latter “cannot imagine to cooperate with Nika Gvaramia”, while he has no objections to work with anyone else from the team.

Before meeting with the journalists Salia had a short conversation with former director general Nika Gvaramia as well. Gvaramia said he will not cooperate with Salia and would not yet let him take the  general director's cabinet.