Tbilisi City Court has denied a request to freeze the shares of Rustavi 2 TV channel, as was demanded by ex-Defence Minister Irakli Okruashvili, who says that he paid seven million USD to buy the media outlet back in 2004, when he served as Prosecutor General under the United National Movement leadership.

Okruashvili appealed to the court with the demand on July 19, a day after the European Court of Human Rights allowed the return of 100 per cent of shares of the channel to its ex-owner, Okruashvili’s former ally Kibar Khalvashi.

Okruashvili says that Khalvashi “was a nominal figure, and only acted with his name to buy the channel.”

He said on Monday that the Tbilisi City Court cited an “absurd” explanation for the refusal.

The court said that we should have presented the demand to freeze the shares with an official lawsuit [against Khalvashi]. We have not yet filed the lawsuit as we had a ten-day term for this. Now, we will discuss whether to appeal the court’s refusal or to make another demand [together with the lawsuit],” Okruashvili says. 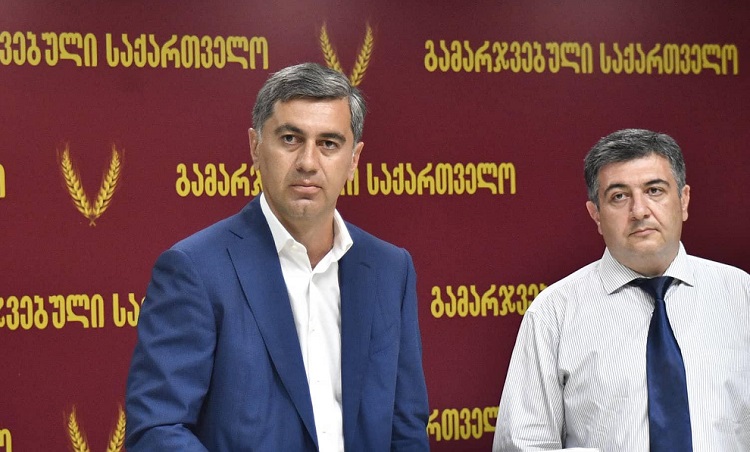 He states he has a document signed by Khalvashi back in 2010 which confirms the real owner of the channel is he [Okruashvili].

Okruashvili vows that he will give 80 per cent of shares to 10 journalists of Rustavi 2 when he “returns them back.”

What does Khalvashi say?

Businessman Khalvashi and his lawyer Paata Salia say that the document Okruashvili mentions is fake, “and the investigation will confirm this.”

Okruashvili should first explain how he, a state official, gave seven million USD to a successful businessman Khalvashi to buy the channel,” Salia said.

Okruashvili has told the media that “I have always had levers to attract the money,” mentioning “private contacts” not with public servants.

I have covered the whole expenses for the Rose Revolution campaign with the use of my contacts,” he says. 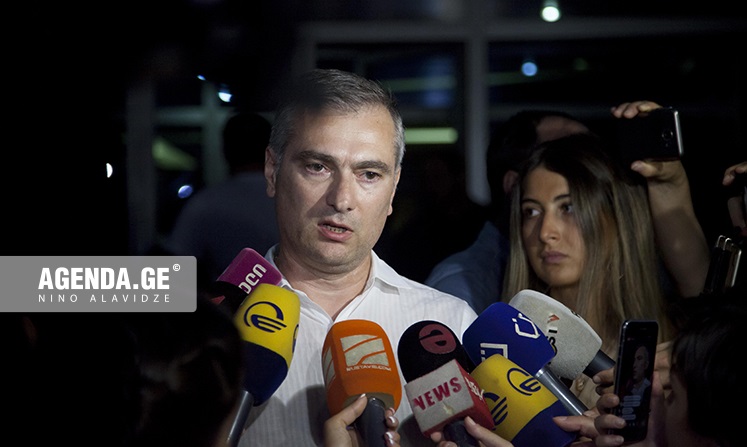 Paata Salia says that the editorial independence of Rustavi 2 will be guaranteed and journalists should trust his words. Photo: Nino Alavidze/Agenda.ge.

What is going on in Rustavi 2?

The Rustavi 2 staff, who fear that the channel’s editorial policy will be changed under the new leadership, has demanded the creation of a public council, composed of media experts and NGOs, in the channel, to approve the hiring or dismissal of journalists.

However, Khalvashi and the new Director General of the channel Salia denied the appeal, saying the council will not be a guarantee of the channel’s editorial policy.

He stated that he is looking for a new media manager for the channel.

In order for everything to be in line with international standards, we are looking for a new media manager, who will be a foreigner with a high reputation and qualification,” Khalvashi stated. 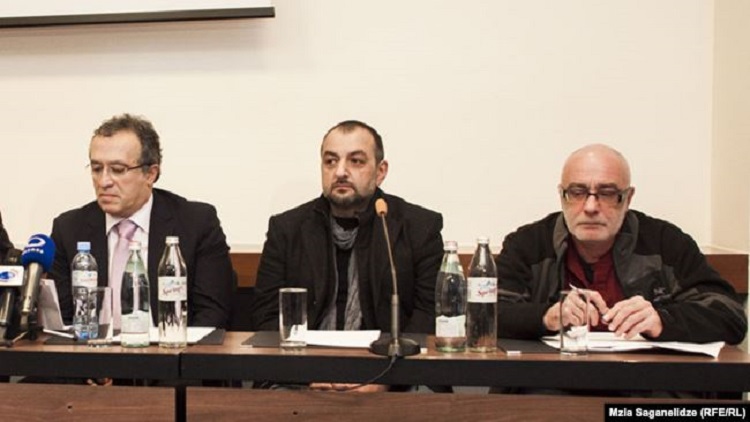 Rustavi 2 founders (to the right and in the middle) David Dvali and Jarji Akimidze, have released a new statememt. Photo: Radio Liberty/Free Europe.

Rustavi 2 journalist Nodar Meladze said that the refusal on the public council “means the change in the editorial policy.”

Rustavi 2 founders say Khalvashi stands between them and justice

Rustavi 2 founders David Dvali and Jarji Akimidze, who say that the channel was illegally seized from them in 2004 [the year Okruashvili says he bought the channel], have released a statement earlier today, saying that the only person for now which stand between them and justice is Khalvashi.

Justice will be restored only when the channel is returned to us,” they say.

Okruashvili has stated that he paid 1,200,000 USD to Dvali and Akimidze in 2004 for 60 per cent of shares, and now they “are complaining about the illegal seizure.”