Georgian President Salome Zurabishvili has met with the EU Commissioner for European Neighbourhood Policy and Enlargement Negotiations Johannes Hahn in Brussels today, during her first official trip abroad to speak about Georgia’s European intentions and goals.

Zurabishvili and Hahn stated that 2019 is an important year in Georgia-EU relations,” Zurabishvili’s press office has reported. The president spoke about the current situation in the two Georgian occupied regions of Abkhazia and Tskhinvali  (South Ossetia) and the severe humanitarian situation there,” the press office said.

Held a great meeting with @JHahnEU, EU Comm. for European Neighborhood and Enlargement Negotiations, to discuss our European aspirations, mark the 10th anniversary of #EasternPartnership and give updates on the serious humanitarian conditions in our #OccupiedTerritories.???????????????? pic.twitter.com/BRXDsTyGEh 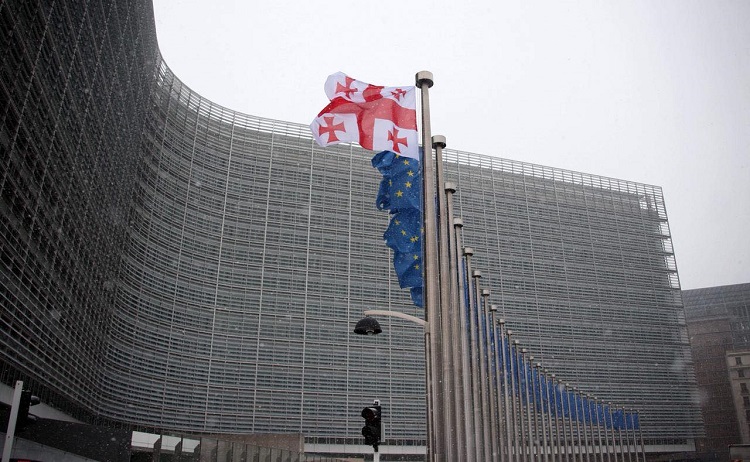 Georgian flag is waving today in front of the building of the European Commission in Brussels. Photo:Giorgi Abdaladze/President's press office

She is scheduled to meet with the presidents of the European Council, European Commission and the European Parliament, as well as the EU High Representative Federica Mogherini.

Zurabishvili has already met with Georgian students and members of the Georgian diaspora in Belgium.