Georgian president says diaspora should have representative in parliament

Georgian President Salome Zurabishvili, currently on her first official trip in Brussels, has stated that the Georgian diaspora should have a representative in the Georgian parliament, which will increase the involvement of Georgians living abroad in the country’s internal issues.

Zurabishvili made the statement yesterday during her meeting with members of the Georgian diaspora in Belgium. 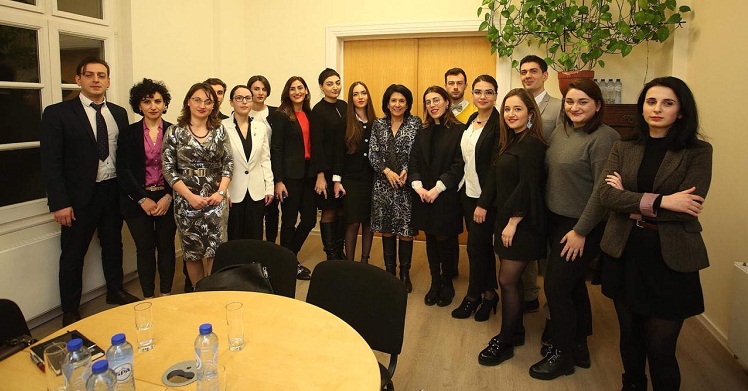 Zurabishvili has also met with Georgian students, who asked her questions about their roles in the popularisation of Georgia abroad, as well as about their prospects when they return back in Georgia.

Today Zurabishvili is scheduled to meet with the presidents of the European Council, European Commission and the European Parliament, as well as the EU High Representative Federica Mogherini.

Georgian Ambassador to the EU Natalie Sabanadze says that Zurabishvili’s visit was “much awaited at the headquarters of NATO and the EU".