Georgia will sign a defence deal with Turkey and Azerbaijan within a ministerial event to be hosted in Batumi later this month, following a meeting of Georgian and Turkish defence ministers at a large-scale industry fair in Istanbul earlier today.

The agreement was revealed by the Minister of Defence of Georgia Levan Izoria earlier today, during his two-day visit to the 2017 International Defence Industry Fair in Istanbul, Turkey.

Izoria spoke to reporters at the fair following his meeting with Turkish counterpart Fikri Isik, noting the memorandum on cooperation would be aimed at advancing regional cooperation in the field. 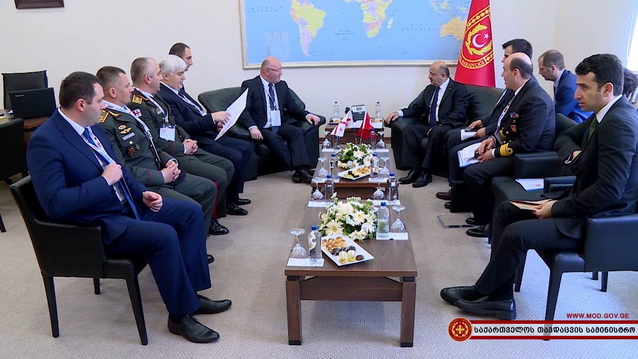 We had a very productive meeting with the Minister of Defence of Turkey. We plan to host a ministerial in Batumi in ten days’ time, with the Minister of Azerbaijan also expected to attend. At the event we will review the format of out trilateral cooperation”, said Georgia’s defence minister.

Georgia’s defence ministry said Izoria had thanked his counterpart at the meeting for "strong political support” and "practical assistance”.

The meeting also involved discussion on "close cooperation” between the two countries in military education.

In addition, Izoria also invited Isik to this year’s edition of Georgia’s annual defence and security conference, to be held in October. 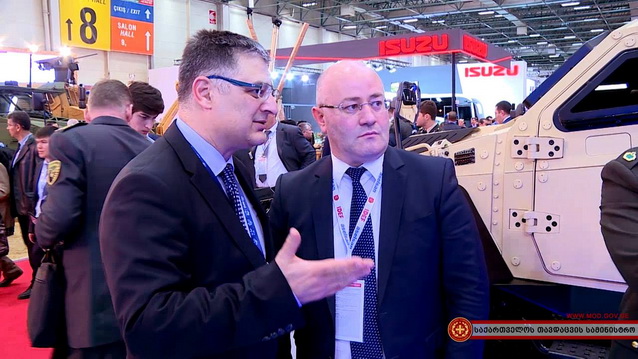 This year’s fair marks the 13th edition of the defence industry expo promoted as the largest Eurasian event of its kind.

The Istanbul fair launched on May 9 and will conclude on Friday.