After several hours of conflict with law enforcement, Ukrainian supporters of Georgia’s former President Saakashvili have managed to get him out of the police car which intended to take him into custody.

Now Saakashvili and his supporters are heading to Rada, to the legislative body of Ukraine.

Georgia’s third President Mikheil Saakashvili, who is charged with several crimes in Georgia, has been detained by Ukrainian security forces today in Kiev.

Saakashvili is charged with cooperating with criminal groups and the cover up of offenses committed by them.

If confirmed, the former president will face 3-5 years in prison for the charges.

Ukraine’s Chief Prosecutor’s staff and security forces have been searching Saakashvili’s accommodation since this morning in the capital of Ukraine.

During the search the former president was on the roof of the building, addressing his supporters.

Saakashvili’s lawyer Beka Beselia says that the former president’s detention is "politically motivated" and he would not be surprised if Ukraine extradites Saakashvili to Georgia.

The United National Movement opposition, the party founded by Saakashvili in Georgia, claims the detention came because of a deal between the Ukrainian and Georgian authorities, which is "beyond any legal grounds”.

Head of the Legal Affairs Committee in Georgian parliament Eka Beselia says that all the following legal procedures concerning Saakashvili will take place based on mutual cooperation with relevant bodies of Ukraine. 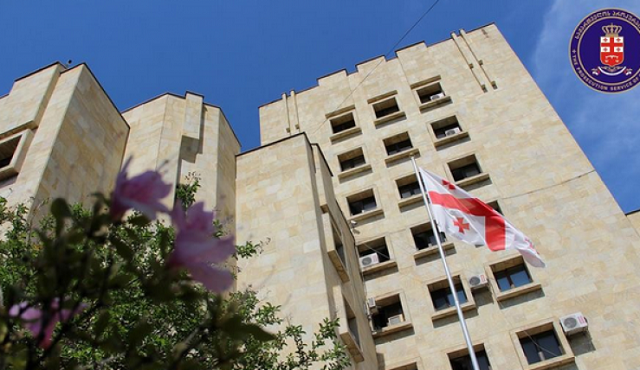 Georgia has demanded Saakashvili’s extradition several times. Saakashvili has already been sentenced to pre-trial detention in Georgia and he will be arrested as soon as he appears in the country,” Beselia said.

The decision about the former president’s extraction should be made only by the relevant bodies of Ukraine. We have sent all the necessary documentation”, the Chief Prosecutor’s Office said.

Georgian Dream party leader Mamuka Mdinaradze told the media that Saakashvili was taking shameful steps to stay in the focus of media and the international community.