Rome, Paris, Barcelona. and Prague – these are new destinations where travellers from Georgia can arrive at an affordable price.

Flights from Georgia’s third largest city to these four cities will start in spring 2018, however the tickets are already on sale.

Flights from Kutaisi to Prague will start on May 19 and the lowest price for a one-way ticket will be 110.99 GEL.

Meanwhile, travellers will be able to fly to Paris and Rome starting on May 17, where the cheapest ticket will also cost 110.99 GEL.

And finally, Barcelona flights will start on May 19 and the price of a one-way ticket will start from 78.99 GEL.

Commercial director of Wizz Air George Michalopoulos personally introduced this news to Georgia’s Prime Minister Giorgi Kvirikashvili. He said since the Georgian-Hungarian Business Forum held in Tbilisi this April, efforts were made to increase the number of Georgian travellers abroad.

Today I returned to meet the Prime Minister and talk with him about the progress we achieved and introduce to him the decision about adding new destinations and new aircraft [to the Wizz Air base in Kutaisi],” said Michalopoulos. 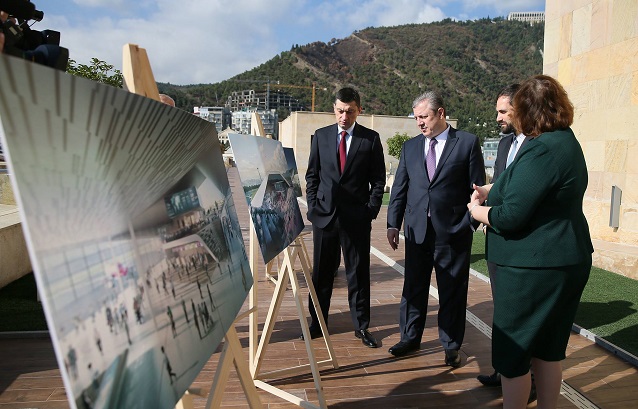 "Kutaisi is becoming a regional centre not only in Georgia but throughout the region for tourists,” said Kvirikashvili, adding that by the end of the second quarter of 2018, it will be possible to get to the Kutaisi International Airport with the new railway from the capital of Tbilisi.

WizzAir, one of the largest low-cost airlines in Europe, launched flights from Kutaisi International Airport after it opened first Caucasian base in September 2016.

Opening the airline base at Georgia’s second largest airport was expected to increase passenger flow into and out of the country, as the airline offered 16 new cheap flight destinations to 11 European cities.