Georgia has assumed the chairmanship of the Open Government Partnership (OGP) Steering Committee last night, which means that for the first time Georgia has become the chair of the OGP for a one year term taking the role from France. 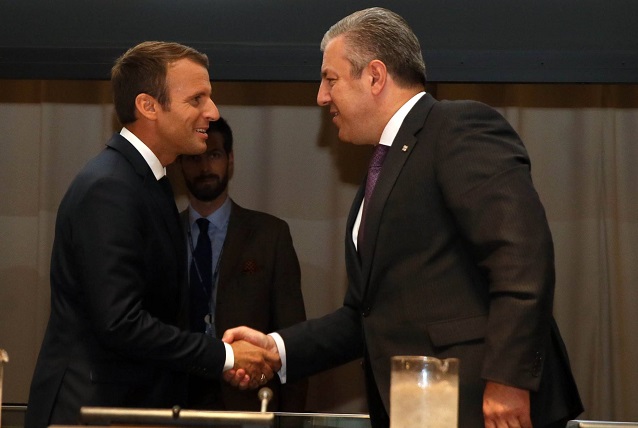 #Georgia is honored to succeed #France as Chair of the Open Government Partnership #OGP#UNGA@EmmanuelMacronpic.twitter.com/HUo7NjKUUl

In the modern times, when innovation and technology have become leading pathways to success in the global economy, the definition of open governance has expanded. While advocating for enlarging the scenario we aim to dedicate our co-chair term to strengthen the basics of open government – to ensure people’s opportunity to influence government decisions that affect their daily lives.”, PM Kvirikashvili addressed the guests. 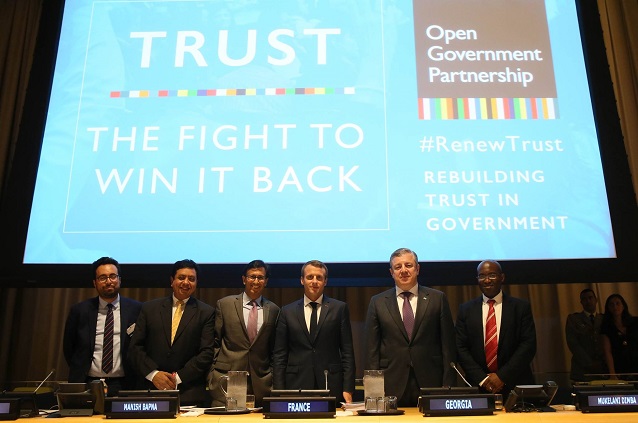 Georgia has become the chair of the OGP for a one year term taking the role from France. Photo by PM's press office

As #OGP Chair, #Georgia will work 2 ensure that people have opportunity 2 influence government decisions that affect their daily lives #UNGA

During its OGP chairmenship Georgia’s strategic goals will be: 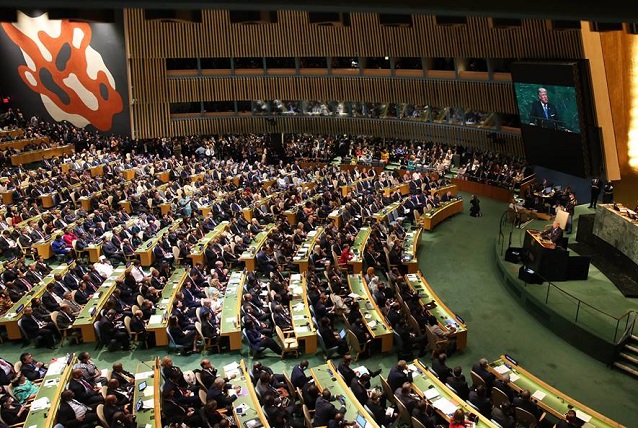 Kvirikashvili said the theme of today’s gathering is "Rebuilding Trust in Governance” is an issue that must be addressed by a thoughtful, long-term strategy.

Throughout our OGP journey we have partnered with many of you. We have followed good practices or shared our success stories with different stakeholders. I am thrilled to witness the results of the OGP countries, illustrating across the globe openness of people to control their governments and willingness of people to control their governments. And yet, we have many lessons to learn – not only from each other or from civil society organizations, but from entrepreneurs, journalists, startups, etc., who have knowledge of details that matter the most to achieve excellence in good governance”, Kvirikashvili said.

The Georgian delegation headed by PM Kvirikashvili takes part in the 72nd United Nations General Assembly (UNGA) session in New York, United States (US) where Kvirikashvili will address the assembly members on September 21.