The Government of Georgia is one of the most open and transparent governments in the Open Government Partnership (OGP), says Georgian Justice Minister Thea Tsulukiani.

She adds that the country has achieved this through close cooperation between different branches of the government, local self-governments, non-governmental organisations, academic circles, students and citizens.

Tsulukiani shared the experience of Georgia in open governance with six other ministers and delegations from 20 countries at the Asia Pacific Leaders Forum on Open Government (APLF2017) hosted by Indonesia. She answered questions regarding how Georgia achieved success within the OGP.

Describing the road to the achievement, Tsulukiani stressed that since 2013 a government decree has ensured that all government departments and state agencies publish public information on their websites without waiting for someone to officially ask for the information. 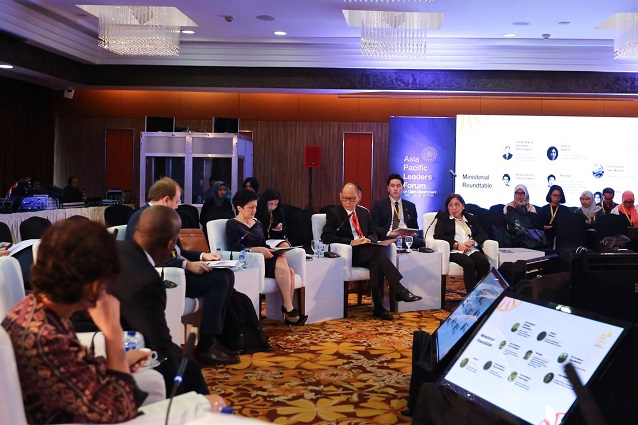 Tsulukiani also mentioned that Georgia is among the countries with the lowest corruption rates in the world.

She also talked about the country’s priorities as chair of the OGP.

This September, Georgia assumed the chairmanship of the OGP Steering Committee, which means that for the first time Georgia has become the chair of the OGP for a one year term taking the role from France.

The event touched upon some of the most pressing challenges in the region, including inclusive development, environmental sustainability, and economic growth. The forum highlighted how open government can offer innovative solutions to each of these issues and deepen citizen trust in government.