Rising Georgian jazz pianist Giorgi Mikadze has been chosen to perform alongside some of the biggest jazz prospects in a New York celebration marking International Jazz Day.

Next week Mikadze – the first Georgian set to receive a master's degree in Jazz Arts from New York's prestigious Manhattan School of Music – will play at the international event alongside four prodigious musicians from the United States (US) jazz scene. 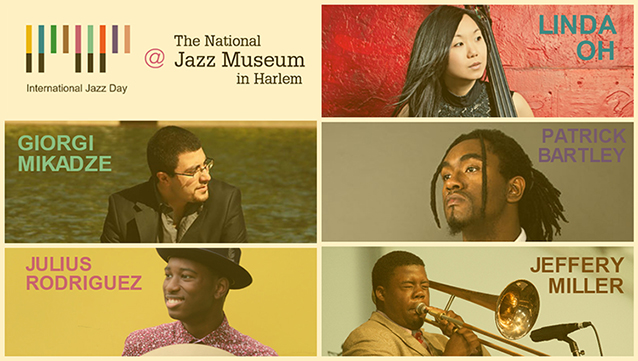 Giorgi Mikadze will be part of a line-up of young jazz talent for the April 30 concert in Harlem, New York. Photo from jazzmuseuminharlem.org.

Mikadze was chosen for the universality of his performing manner, said organisers of the event. The performance will be held in Harlem – a central location of the International Jazz Day celebration.

The four jazz musicians will perform in a concert and lead a session where they will speak about jazz and their experiences within the event, curated by The National Jazz Museum in Harlem Co-Artistic Director Jonathan Batiste.

Organisers said the concert aimed to "illustrate the universality of jazz by bringing together acclaimed musicians from around the world to perform together”. 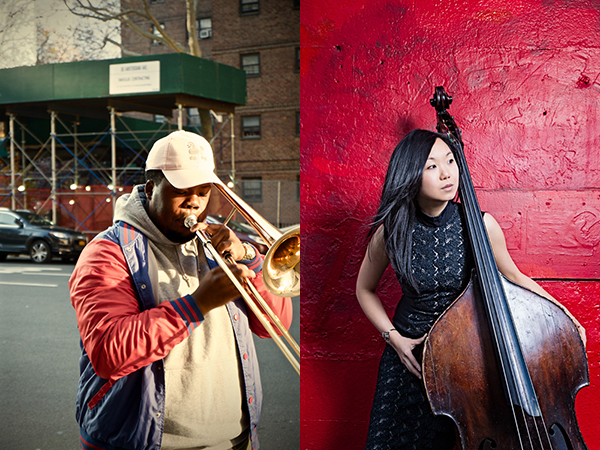 American trombonist and singer Jeffery Miller and Malaysia-born, Australia-raised bassist and composer Linda Oh will also be part of the April 30 concert in Harlem, New York. Photos from jefferymillermusic.com and lindaohmusic.com.

The April 30 date was designated by UNESCO as International Jazz Day in 2011 to "highlight jazz and its diplomatic role of uniting people in all corners of the globe”.

Mikadze's talent will be formally recognised next month when he receives a Master’s degree in Jazz Arts from the Manhattan School of Music. He will be the first Georgian to receive this qualification.

The young artist's global career was heavily supported by a financial contribution from the Georgian Government's International Education Centre (IEC), established in 2014 to fund the master’s or doctoral study costs of Georgian citizens at leading international universities.

Mikadze, a 2014-2016 beneficiary of the IEC, also holds three Bachelor degrees in Classical Music, Composition and Performance from Tbilisi State Conservatoire in Georgia and the Berklee College of Music in Boston, US.

In recent years he has performed with symphony orchestras in Berklee and in his hometown Tbilisi, Georgia, while he also served as Musical Director for Berklee’s tribute to famous American composer and producer Quincy Jones.