Last week Mikadze signed a contract of cooperation with the company, which works with dozens of international music stars and manufactures some of the most recognised music instruments worldwide.

Established in 1887, Yamaha is based in Japan but has offices and dealerships all over the world selling pianos, organs, synthesizers and guitars.

Mikadze told reporters he was already working with Yamaha on a number of first projects within the cooperation agreement. 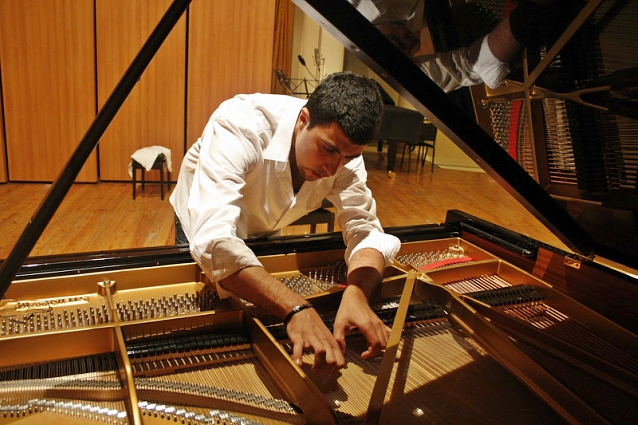 The young jazz talent will work with Yamaha, which is based in Japan. Photo from www.musicalgeorgia.blogspot.com.

The Georgian musician has been on rise since graduating with a Master's degree in Jazz Arts from New York's prestigious Manhattan School of Music earlier this year.

Mikadze impressed music professionals in the United States (US) with his collaborative projects with the school. The two works featured a fusion of Georgian folk music with African and classical music genres, as well as a combination of rap performance with classical symphony instruments.

Over the past two years the pianist has performed with his band, the Giorgi Mikadze Group, at concerts in New York and Los Angeles as well as the Black Sea Jazz Festival in Georgia's seaside city Batumi. 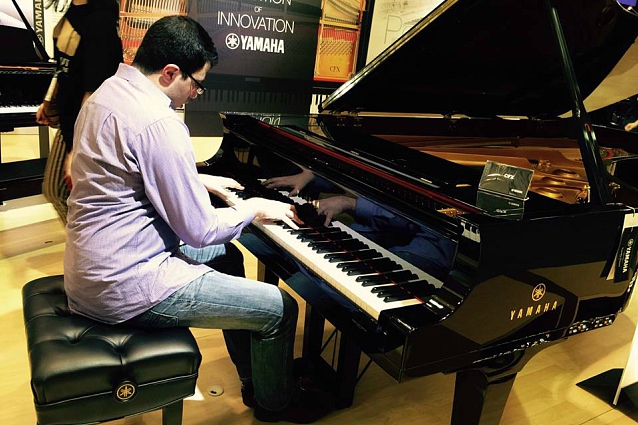 Mikadze told reporters he was already working on collaboration projects with Yamaha. Photo from Giorgi Mikadze.

Mikadze’s global music career was heavily supported by a financial contribution from the Georgian Government's International Education Centre (IEC), established in 2014 to fund the Master’s or doctoral study costs of Georgian citizens at leading universities abroad.

Mikadze, a 2014-2016 beneficiary of the IEC, also holds three Bachelor degrees in Classical Music, Composition and Performance from Tbilisi State Conservatoire in Georgia and the Berklee College of Music in Boston, US.

The young artist has also performed with symphony orchestras in Berklee and in his hometown Tbilisi,  while he also served as Musical Director for Berklee’s tribute to famous American composer and producer Quincy Jones.