Georgian pianist Giorgi Mikadze will lead classes for students of one of the most prestigious music school worldwide after the young artist has been selected to work as guest professor of the Berklee College of Music in the United States.

Mikadze's managing team revealed the news to the media this week, noting "numerous students" had already expressed the wish to study under the pianists's tutorship at the Boston-based school.

The offer for teaching at the venue was extended to Mikadze — himself a graduate of the college — for the five-week Summer Performance Program, which launched last Saturday.

The program offers aspiring musicians to work "with world-class faculty and visiting artists in state-of-the-art facilities", with artists from over 70 countries also participating in classes.

Involving up to 2,000 students over the summer, the program will see Mikadze teach participants seven different courses including Theory in Performance, Musicianship and Ensembles.

While leading the classes he will also hold music performances in Boston, where the Georgian graduated from the school with a degree in jazz piano performance and composition in 2014.

Mikadze also holds a 2016 degree in jazz arts from New York's prestigious Manhattan School of Music, and in classical music, composition and performance from Tbilisi State Conservatoire in Georgia. 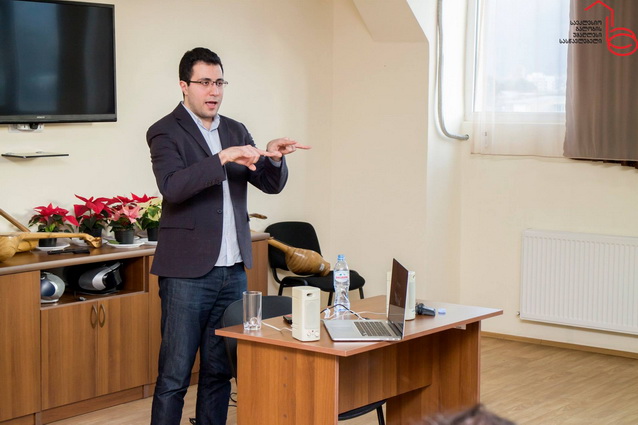 The young pianist held a number of collaborations with fellow artists at both of his US schools that featured fusion of Georgian folk music with African and jazz music elements, as well as a mix of hip-hop performance with classical symphony instruments.

Over the past few years Mikadze also performed with his band, the Giorgi Mikadze Group, at concerts in New York and Los Angeles as well as the Black Sea Jazz Festival in Georgia's seaside city Batumi.

The Berklee College of Music is promoted as the largest independent college of contemporary music worldwide. The school offers courses in numerous musical styles to over 4,000 students annually.