Four pieces of artwork by Mbramishvili were sold at Christie's Auction on November 28 and at Sotheby's Auction two days later. 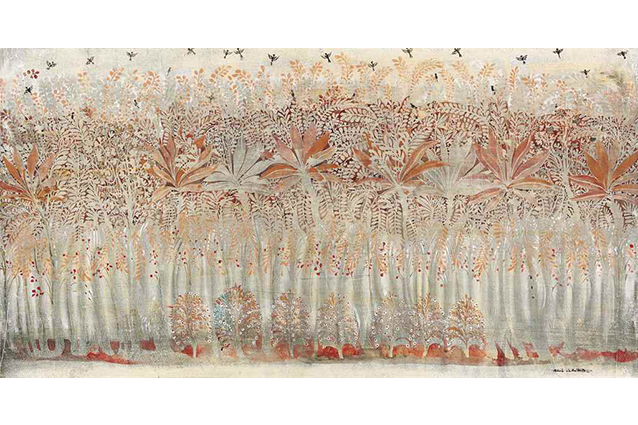 The piece titled Peacock was created by Abramishvili in 2001, while Gethsemane was painted in 2002.

Meanwhile the Sotheby's Auction on November 30 saw two other works by the late Georgian sold to art enthusiasts. At the international art auction his 1999 work Fern and 2000 piece Piano went up for sale.

Earlier this year, two of Abramishvili's works were also sold at Sotheby's to art collectors.

Born in Georgia in 1957, Abramishvili attended classes at the art studio of Georgian painter and graphical artist Alexander Bandzeladze from 1972 to 1976 before he graduated from the Tbilisi State Academy of Arts in 1981.

Abramishvili's works featured at numerous exhibitions across Europe, with some of his paintings still found at the Georgian National Museum as well as at venues and private collections in Germany, the United States, Finland and beyond.