A number of works by contemporary and classical Georgian painters will go up for auction at next month's Sotheby's art auction.

The prestigious international auction will feature seven paintings and a figure by five Georgian artists, with estimated prices of the pieces ranging from £2,000 to £150,000 GBP.

Celebrated late painters like Niko Pirosmani and Lado Gudiashvili will have some of their pieces auctioned off alongside more recent artists.

The auction will take place on June 7.

The highest-priced painting of the group, named Roe Deer Drinking from a Stream, was created by Pirosmani (1866-1918) before it was acquired by Georgian actress Tamar Tsitsishvili in 1949.

The painting was later sold at Sotheby's London auction in 2011 and will make a re-appearance at next month's auction with an estimate starting price of £150,000.

Meanwhile Pirosmani will himself appear in another Georgian piece at the auction.

His portrait, created by famed 20th Century Georgian painter Lado Gudiashvili in 1956, will be up for sale from a private collection with a starting price of £4,000.

The two pictures were selected by Sotheby’s organisers within the auction’s Russian Pictures section, set up to present 117 works by various painters and photographers. 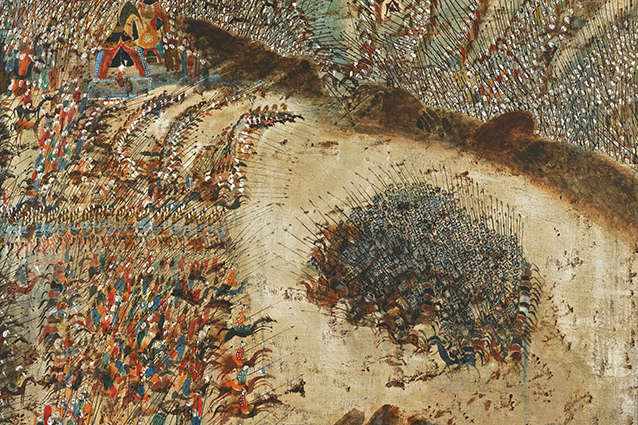 The other six works by Georgian authors were organised in the Contemporary East category of the upcoming auction.

Within 126 works by artists from Eastern Europe, pieces by late painters Avto Varazi, Merab Abramishvili and Otar Chkhartishvili will be presented to buyers and available to buy. 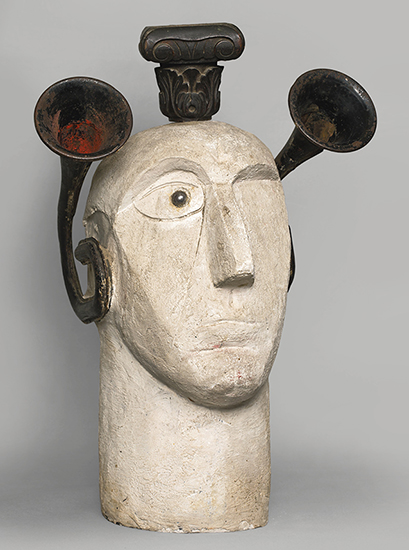 The figure 'Informer' by artist Otar Chkhartishvili. Photo from Sotheby's.

Varazi's 1976 creation Fish, made with oil, plaster and collage on a board, will be part of the auction, while Abramishvili's two paintings - Three Hundred Aragvians and Leopard - will be open to bidding in the section that will also contain three pieces by Chkhartishvili.

Chkhartishvili’s creative talents will be illustrated by his works Sukhumi and On the Roof, as well as a metal-and-wood figure Informer – all of which will be up for sale in next month’s Sotheby’s auction.