People living or visiting Georgia’s capital Tbilisi will soon be able to find themselves in a Japanese garden and enjoy the new sights of blooming flowers, traditional Japanese greenery and cherry blossoms.

A new traditional Japanese garden will open this month in the National Botanical Garden of Georgia, one of Tbilisi's main green areas located in the valley behind Sololaki hill. The Botanical Gardens is an idyllic spot of diverse flora that offers a quiet and relaxing atmosphere.

This video, published by the National Botanical Garden of Georgia on Facebook, shows construction of the new Japanese garden.

Efforts to create the new Japanese garden started in late September and still are continuing.

Nino Sulkhanishvili, head of the Ecology and Greenery Department at Tbilisi City Hall said "a real Japanese garden” would be part of Tbilisi by the end of October. 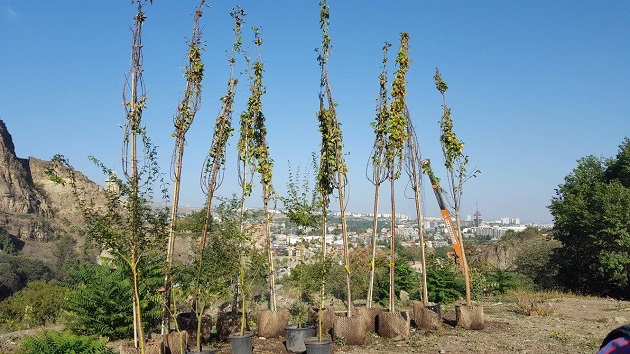 About 12 cherry blossom plants (Sakura) have been brought to Tbilisi and were due to be planted in the new Japanese garden in the coming days. Photo by Nino Sulkhanishvili/Facebook.

Japanese company Kosugi is developing the new green space. The company is famous for creating Japanese gardens all over the world. It will be authentic, we have imported garden decorations from Japan,” wrote Sulkanishvili on her Facebook page. 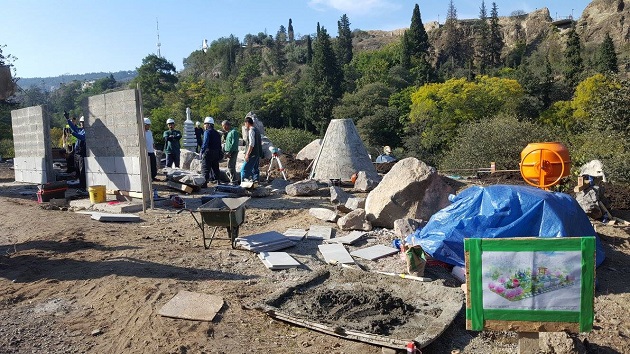 The Japanese garden is expected to open next week. Photo by Nino Sulkhanishvili/Facebook.

About 12 cherry blossom plants (Sakura) have been brought to Tbilisi and were due to be planted in the new Japanese garden in the coming days. 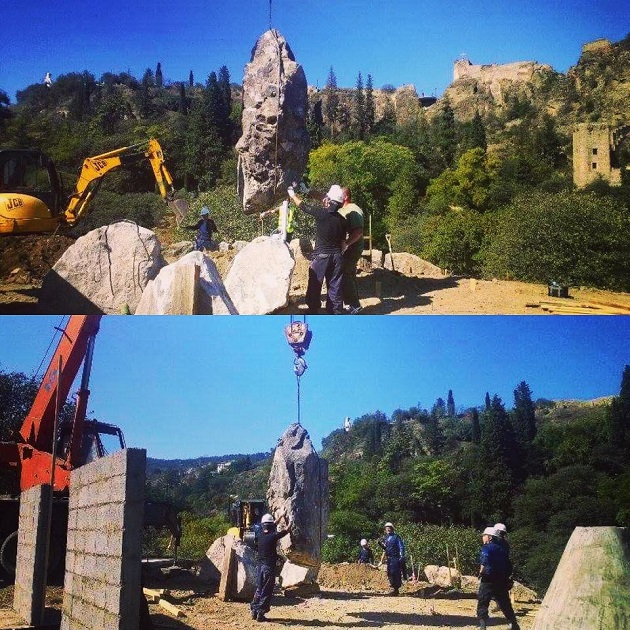 Also lava from Mount Fuji, an active volcano in Japan, was brought from the mountain to decorate Tbilisi’s Japanese garden.

Other traditional ornamental items including a special waterfall stone, was also brought from Japan to Georgia for the new garden.