Today is a big day for Georgia and China.

The countries have signed a Memorandum on finalising a Free Trade Deal that will come into play next year.

The Minister of Commerce of the People’s Republic of China Gao Hucheng and Georgia’s Minister of Economy Dimitry Kumsishvili signed the Memorandum today in Georgia’s capital Tbilisi.

Prime Minister of Georgia Giorgi Kvirikashvili said this was "a historic deal” for Georgia and stressed the talks were finalised in "a record-breaking time of seven months”.

Georgian wine, mineral waters and agricultural products are among the goods that will be exported to China and its market of 1.4 billion consumers, with zero tariffs, without additional customs fees and without any transition period.

But before Georgian products can be exported to China with preferential conditions, both countries must sign the Free Trade Deal and the deal must be ratified. 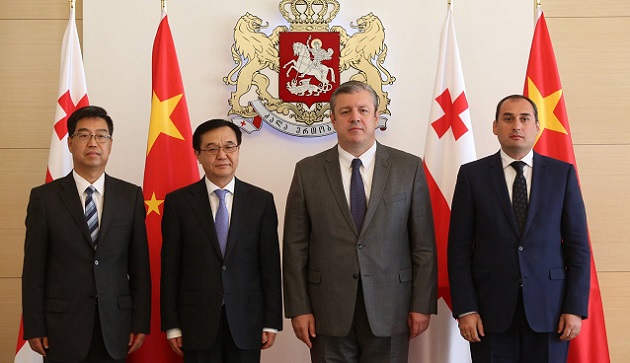 Georgian and Chinese officials signed a Memorandum on finalising a Free Trade Deal today in Tbilisi. Photo by the PM's press office.

The Memorandum was signed today however the ratification process was expected to take about two or three months.

Once the deal is ratified by both countries, the Free Trade Deal will come into effect. This is expected to happen in the middle of 2017.

When the Free Trade Deal finally comes into play, Georgia will be the first country in the region to have this type of deal with China.

Georgia and China began discussing the possibility of establishing a free trade regime in September 2015.

In recent years Georgia has forged strong ties with China through bilateral trade and economic cooperation. Georgian wine was one of the most promising exported products to China.

Already this year Georgia exported 3.5 million bottles of wine to China – a 158 percent increase year-on-year, said the Government of Georgia.