A new era has begun for Georgia’s police allowing them to better prevent and react to crime in real time using modern approaches and technologies at a new police operations command centre that’s so unique it has no global equivalent.

It is a very ambitious project and through the support of the Prime Minister and our team, we have managed to implement it,” said Mgebrishvili. "Only several, developed foreign states have similar centres but our one has no equivalent."

Watch the video from the social campaign by the Ministry of Internal Affairs. "We are taking care of your safety in a real time. Joint Operations Centre," reads the slogan in Georgian at the end of the clip:

Mgebrishvili showed guests a video of the new police operations command centre and said the uniqueness of the facility lay in the fact it was multi-functional and allowed police to do their jobs better by reacting in real time to incidences and using latest tools and technologies to prevent crime. 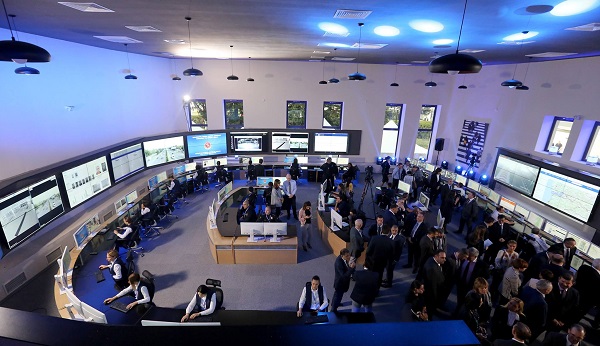 Interior Minister said the centre had no foreign equivalent. Photo by the Ministry of Internal Affairs' press office.

It is unique because it can focus on several different directions at one and provides monitoring, analytics, unified management and support for police forces. This Centre will allow us in real time to react quickly to crime and prevent crime,” he said.

The Minister was confident the new Centre would "significantly increase the feeling of safety and security” in the general public.

Georgia’s Prime Minister Giorgi Kvirikashvili spoke at the opening of the new police operations command centre. He said he hoped the new Centre would lead to the decline of crime rates in Georgia by 20-30 percent.

This Centre will become a centralised hub joining technologies employed in the law-enforcement sector that seeks to manage the joint monitoring system [and] unite existing databases that exist within the Ministry of Internal Affairs system.” 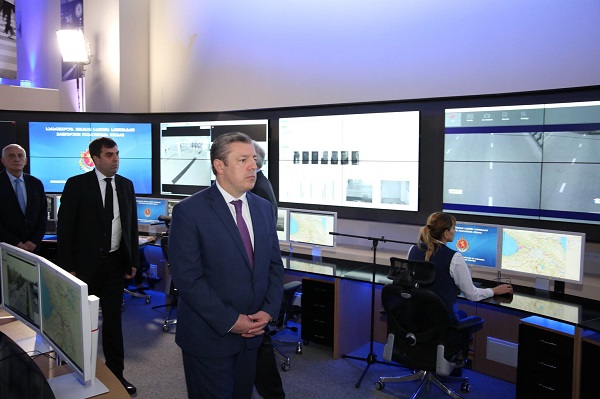 The PM said he believed the centre would significantly decrease criminal in Georgia. Photo by the Prime Minister's press office.

The Centre will ensure timely analysis of data to provide specific information to patrol officers and investigator. It will also assist and ensure joint management of various police units during large-scale operations,” he added.

He was also hopeful the Centre would contribute to reducing the number of road accidents through better regulation of traffic, as police will be able to respond quicker to traffic incidences and violations.

Today as the Joint Operation Centre opened, the Ministry of Internal Affairs launched pilot projects in three towns of Georgia. Without naming the towns Mgebrishvili said the pilot schemes would see police focus their activities on analysis not statistics-based action. 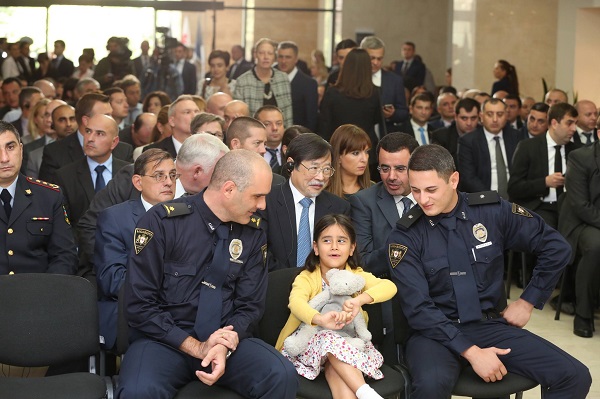 "I bow my head before the heroism of each of you," Prime Minister addressed the police officers. Photo by the Prime Minister's press office.

Mgebrishvili explained Georgia’s police needed to step into the future and step away from statistics-based policing, as this approach was "outdated and characteristic of the Soviet time”.

To be a modern, effective police force, Georgia needed to follow an analysis-based approach, which allowed police to be more proactive, focused on crime prevention and greater ensure public safety.