Georgia’s Justice Minister made a special statement today, and welcomed the International Criminal Court (ICC)’s decision to authorise an investigation into possible war crimes committed during a conflict between Russia and Georgia in 2008.

Minister Thea Tsulukiani said the decision document had been studied and all the legal formulations were "in line with Georgian national and state interests”. It included all the issues raised by the Georgian side at a meeting with ICC prosecutor Fatou Bensouda in October last year in capital Tbilisi.

The ICC solution says it was an international conflict between Russia and Georgia.”

It also highlights that South Ossetia [Tskhinvali] is a Georgian region and not an independent republic,” Tsulukiani said. 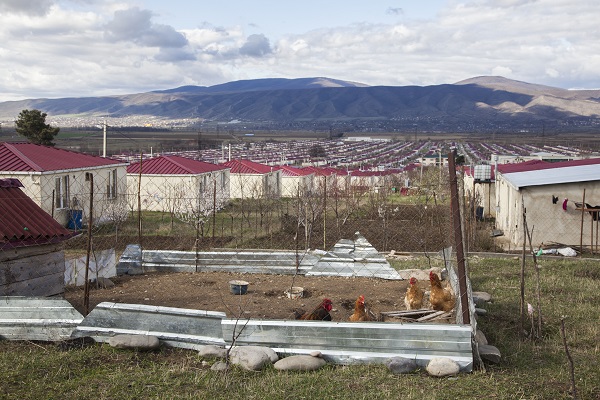 Tserovani , the settlement 36 km away from Georgia's capital Tbilisi where part of the people internally displaced as the result  of  2008 Russia-Georgia war lives now. Photo by N. Alavidze/Agenda.ge.

A significant part of the decision is dedicated to alleged ethnic cleansing of Georgians in South Ossetia. In particular, as it is mentioned by the ICC judge, there might have been a prior plan to eradicate Georgian roots in the region,” she added.

As the ICC decision says the actions allegedly aimed to change the ethnic situation in the region, to vanish the links between Georgia and South Ossetia,” Tsulukiani said this morning.

The Minister underscored the Georgian side welcomed the Court’s selection of a certain period to be investigated. It was decided the investigation would focus on the time between July 1 and October 10, 2008.

It will enable us to provide all necessary evidence that the war had very serious outcomes,” said Tsulukiani. 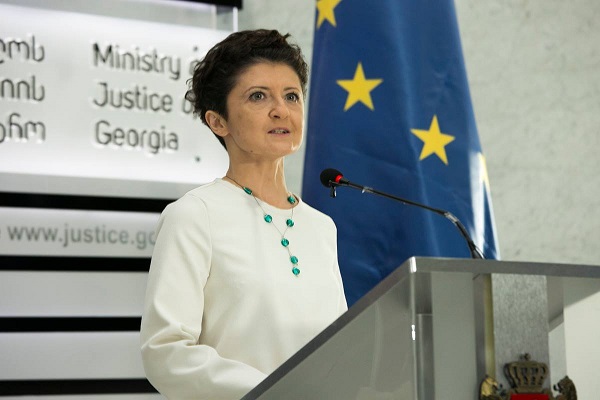 Georgia's Minister of Justice Thea Tsulukiani said Georgia will actively cooperate with the ICC investigation. Photo by the Ministry of Justice of Georgia.

She added Georgia and Russia would send their own investigation documentations to the ICC prosecutor in one months’ time.

We will cooperate with the investigation very actively,” Tsulukiani said.

Yesterday  Pre-Trial Chamber I of the ICC authorised prosecutor Bensouda to proceed with an investigation into the crimes, allegedly committed in and around South Ossetia, Georgia, between July 1 and October 10, 2008.

The Chamber made this decision after examining the prosecutor’s request and supporting material, including representations by or on behalf of 6,335 victims of the conflict.